Photo Credit
Wikimedia Commons
Ground crew loading supplies into the bomb bay of an Avro Lancaster of No. 514 Squadron of the Royal Air Force during Operation Manna, dropping food to the starving Dutch population.

During the weeks that followed the Allied landing in Normandy, in June 1944, large swaths of Western Europe were freed from German occupation, including a small portion of the Netherlands. In the rest of the country, where the great majority of its population lived, there was hope that their suffering at the hands of a cruel enemy would soon be over.

In September, hoping to assist the Allies’ continuing offensive and hasten the liberation of the Netherlands, the country’s London-based government in exile took to the airwaves, asking railway workers not to go to work. Thousands of them did precisely that, right until May 1945 and the unconditional surrender of the foe. Faced with the need to quickly move troops, equipment and supplies to the frontline, the occupation authorities had to bring railway workers from Germany. Infuriated by the strike, they imposed an embargo on the delivery of food and fuel, presumably coal, to the regions of the Netherlands under their control.

Even though this harsh measure was partly lifted in November 1944, which led to limited food deliveries by way of the many canals in the Netherlands, the weather proved so much colder than usual that canals soon began to freeze over. Food deliveries decreased. They all but stopped in certain areas in early 1945. To make things worse, the German army destroyed numerous bridges and docks to flood the countryside in order to hinder the advance of Allied troops. Topping that off, Allied pilots attacked every barge they saw, for fear that it might carry German reinforcements.

By the time the winter of 1944-45 began, several millions of civilians in the occupied parts of the Netherlands were on their own, faced with a perfect storm, and the temperature was still falling. While people living in the countryside suffered, they could count on the products of their land to survive. Food supplies began to run out in every city and town, however. A typical food ration, provided by soup kitchens, eventually consisted of little more than bread and potatoes. People began to dig up tulip bulbs and ate them. Others ate the family pets. Even black marketers could no longer find food supplies. Dutch cities were slowly turning into freezing hells.

Between September 1944 and May 1945, up to 22,000 people died as a result of the famine caused by the German occupation forces.

As this tragedy was unfolding, Allied forces were gradually forcing the German armed forces out of the territories they had been occupying since 1940-41. Soviet forces were moving west while Anglo-American forces, which included many Canadians, were moving east.

In January 1945, Queen Wilhelmina, then in exile in London, appealed to the President of the United States on behalf of her people. An increasingly ill Franklin Delano Roosevelt answered her letter in March, indicating that the supreme commander of all Allied forces in Europe, General Dwight David Eisenhower, would be looking into what could be done to help. By 12 April, the day Roosevelt died, Queen Wilhelmina had yet to hear any news.

Eisenhower eventually got the green light to initiate discussions with the German occupation forces regarding the possibility of a truce which would allow for the delivery of food to the Dutch.

The first meeting took place on 28 April 1945, in Achterveld. One of the high ranking Allied officers present was Canada’s General Charles Foulkes. From day one, everyone agreed that the only way to bring food to the Dutch in sufficient amounts was to use aircraft of the United States Army Air Forces (USAAF) and of Commonwealth air forces. For some reason or other, this unique mission was assigned to a number of bomber squadrons, and not transport squadrons.

Recognising the need for quick action, Eisenhower approved the start of this unique humanitarian mission before the German occupation authorities formally agreed to let the Allied aircraft fly over the Netherlands. This formal agreement came in early May.

The Commonwealth and USAAF aspects of this mission, known as Operation Manna and Operation Chowdown, began on 29 April and 1 May 1945. It was quite an experience for the crews, which included some Canadians members. Their usual cruising altitude during bomber sorties varied between 4,500 and 6,000 metres. This time around, their aircraft were flying over enemy territory 60 to 120 metres above the ground, at low speed and in broad daylight, along a limited number of routes the German had been informed of, and without a single round of ammunition. The crews were sitting ducks. They could only hope that the enemy would hold its end of the bargain. Ground crew loading supplies into the bomb bay of an Avro Lancaster of No. 514 Squadron of the Royal Air Force during Operation Manna, dropping food to the starving Dutch population.

On 29 April, a couple of Avro Lancasters made their drop before the main formation took off, to see what the Germans would do. Seeing the barrels of anti-aircraft guns swivel to keep the aircraft in their sights was rather unnerving but no shot was fired. Operation Manna was a go.

Indeed, radio broadcasts made by the Dutch language service of the British Broadcasting Corporation informed the Dutch authorities and the people on the ground of what had been planned to help them. An Avro Lancaster pulls up after dropping food to civilians below.

When the main formation of bombers arrived at their drop zones, flying low and slow to minimise the risk that the bags of food they were carrying would burst when they hit the ground, many civilians were waiting for them, waving white sheets and shouting themselves hoarse. Oblivious to the danger of being hit with a heavy bag, some people ran toward the parcels of food on the ground as the drop was taking place. This behaviour, understandable enough as it was, created such a source of concern that first aid stations may have been placed on all drop zones.

Both on that day and later on, the bomber crews were very pleased by the work they were accomplishing. As they left their drop zones, they often saw large signs made up of white sheets thanking them for their help. More than a few of these young men, combat veterans all of them, readily admitted later on that they had cried on their way home.

On 1 May, three Boeing B-17 Flying Fortresses made their drop while the main formation stayed over the English Channel. German anti-aircraft crews kept the aircraft in their sights but did not fire a shot. Operation Chowdown was a go as well. It is worth noting that the American crews did not know that their Commonwealth counterparts were also delivering food.

Lucky for all these aircrews, the German occupation authorities had ordered the anti-aircraft units of the German air force, or Luftwaffe, based in the Netherlands, not to mention all fighter squadrons in the region, to let the Allied aircraft perform their missions unmolested. They knew the war was lost and that they would soon have to give themselves up. Killing dozens of Allied aircrews performing a humanitarian mission a few days before surrendering would have been an act of profound stupidity. With few exceptions, the German forces did as they were told. A few bombers were hit by light weapon fire but all of them returned home safely after completing their drop.

The Allied aircrews did not know that the German occupation authorities had posted anti-aircraft guns in every drop zone on that 29 April day, with orders for their crews to check the content of a number of bags to make sure the aircraft were not dropping paratroopers, or supplies destined for the Dutch resistance movement.

The German forces stationed in the Netherlands surrendered on 5 May. The unconditional surrender of Germany followed suit, on 7 May. The Second World War was over in Europe.

Between 29 April and 8 May, the crews who took part in Operations Manna and Chowdown may have performed no less than 5,300 sorties. They dropped up to 11,000 tonnes of goods (army rations, beans, ship biscuits, cheese, chocolate, cigarettes, egg powder, flour, margarine, condensed milk, spam, tea, etc.). The lack of motor vehicles meant that these goods had to be carried out of the drop zones in horse-drawn carts or, in one location, on the back of a few thousand men. Even though three quarters of a century has gone by since these events unfolded, the people of the Netherlands have not forgotten the bravery of the young airmen who put their lives on the line to help their parents and grandparents. A Manna monument was inaugurated in 2006 in Rotterdam. A pathway to the memory of the senior Royal Air Force officer who had prepared the food drops, Air Commodore Andrew James Wray Geddes, was dedicated in April 2007, on that very spot, by his son and grandson. 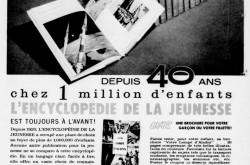 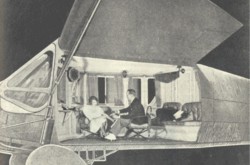 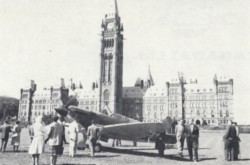 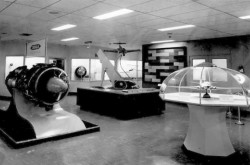 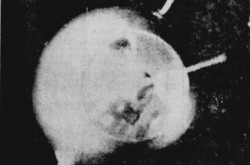 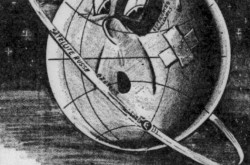 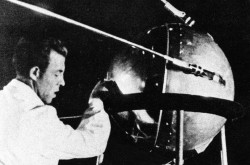