In this colourful monthly blog series, Ingenium’s science advisors offer up three quirky nuggets related to their areas of expertise. For the January edition, they provide context around the latest developments in aquaculture, Chang’e-5’s samples from the Moon, and how artificial intelligence is helping scientists to understand the behavior of proteins in the bodies of all living things. Farmed salmon is available fresh year-round, whereas wild-caught salmon is in season mid-June to early September.

Why your Atlantic salmon isn't caught from the Atlantic Ocean

Have you ever eaten farmed fish? If you eat Atlantic salmon, you definitely have.

All Atlantic salmon found in the grocery store is the product of aquaculture — the practice of growing fin fish, shellfish, and marine algae (such as kelp) for food. Turns out there are few Atlantic salmon left in the wild, and wild salmon populations in general are struggling.

Environmental degradation, industrial activity, and mismanagement of fisheries have contributed to plummeting Atlantic salmon populations. In 1984, faced with the reality that this valuable species could become extinct if nothing was done, the Canadian government shut down commercial fishing of salmon on the east coast. Now there are great efforts in place to try to understand, preserve, and restore their populations.

Aquaculture is a relatively new way of producing food in Canada. With the advent of new technologies and a growing understanding of how to raise marine species in captivity, aquaculture became commercially viable in the 1980s. Not all fish species are a good fit for growing in captivity, but at that time, Atlantic salmon fit the bill and helped to propel the industry. Today, aquaculture is becoming an important way to help meet our demands for seafood, while moving away from fishing our wild populations.

Until Atlantic salmon was farmed, it was not very common to find fresh salmon in grocery stores in inland Canada. Now it seems to be a staple. Salmon is the main product of aquaculture in Canada, accounting for 70 percent of our nation’s total annual production. And you guessed it, the large majority of it is Atlantic salmon — but there are also Coho and Chinook salmon, which are species from the Pacific Ocean. You can still buy wild-caught salmon; for example, canned salmon is typically Coho, Chinook, Sockeye, Pink or Chum salmon, all are species from the Pacific Ocean, caught from west-coast fisheries.

While aquaculture is not without its own issues, there is reason to be optimistic. Science and innovation are leading the way to a future where we can produce food by farming in the water — in the ocean and on land — in sustainable ways, instead of relying on harvesting wild populations which already face great pressure from environmental change and human activity. The NW nearside of the Moon, with the round Mare Imbrium in the centre. Chang’e-5 landed in the irregularly-shaped dark region to the left, Oceanus Procellarum, the Sea of Storms.

At the end of 2020, the Chinese National Space Administration ran a 23-day robotic mission to the Moon. Chang’e-5 successfully orbited the Moon, landed on the surface, drilled and scooped about 2 kg of rock and soil, and returned the material to Earth for study. This marks the first lunar sample return mission in 44 years, and lunar scientists across the globe are ecstatic.

In 1969, the American Apollo 11 astronauts were the first to walk on the Moon, and return lunar samples. NASA last returned samples from the Apollo 17 mission, in 1972. The Soviet Union’s Luna 24 lander was the last to successfully return samples in 1976. China is now the third nation to accomplish this feat. For context, the combined weight of all known lunar material on Earth, including returned samples from the Apollo and Luna missions, and lunar meteorites, totals 791.3 kg. That amount, however, is hardly representative of the entire surface of the Moon.

Chang’e-5’s goal was to collect samples near the volcanic complex, Mons Rümker, within the largest of the lunar maria, Oceanus Procellarum. Maria are the dark plains on the Moon’s nearside, once massive seas of basaltic lava erupted from ancient volcanoes. Scientists believe that the last of these eruptions formed the youngest rocks on the Moon, approximately 1.5-2 billion years ago. This time period represents a gap in our knowledge of the Moon’s history, as the youngest samples currently held in collections are 3 billion years old, while the oldest are nearly as old as the Moon itself at 4.5 billion years old. Interestingly, it also represents the time when multicellular life on Earth evolved. These samples will help to better calibrate the ages of the lunar surface, and understand the history of lunar volcanism.

This is the fifth successful lunar mission for China’s Lunar Exploration Program. Future plans include more robotic missions to the Moon, to set the groundwork to establish a lunar research station and crewed landing by 2030s.

Most of the world’s major space agencies and commercial space companies have formed a coalition to return to the Moon and establish a sustainable human presence through the Gateway Treaty. This includes building a space station to orbit the Moon — the Lunar Gateway — for which Canada has agreed to build Canadarm3. As part of this treaty, two Canadian astronauts will be heading to the Moon, and one is confirmed on the 2023 Artemis II mission to orbit the Moon. NASA’s Artemis III mission will land on the Moon and collect more precious samples! Artificial intelligence applies its “mind” to a biological problem

As we learn, grow, and live our lives, we have to figure out a lot of things! How do you recognize your family amongst a group of people? What’s the best strategy to beat your annoying younger brother at board games? What do you get your bestie (who has everything!) for a gift this year??

We rely on intelligence to figure things out. Intelligence is what allows us to learn, create, communicate, empathize, and so much more. Artificial intelligence (AI) is the field of computer science which aims to get computers to think and make decisions in the same way as humans. One leader in this field is DeepMind, an AI company made famous for their AlphaGo and AlphaGo Zero programs — which learned how to beat masters of Chess, Shogi, and Go, some of the most complex board games in existence.

The success of these AI programs has lead DeepMind to develop AI programs that target more serious and complicated problems such as saving energy, identifying cancers, and improving translation apps. In November 2020, they announced a breakthrough that set the scientific community abuzz: the ability to more accurately predict how proteins fold.

Why does this matter? Proteins are one of the fundamental building blocks of life. If your body is a city, proteins are the machines, steel, and concrete that build that city. Now imagine trying to run and fix that city if you don’t know how to create steel beams, concrete, or trucks. Pretty difficult right? This is why solving the ‘protein folding problem’ is so important to science.

Proteins break down and create molecules, defend your body from invaders, provide structure, contract muscles, and carry signals. Their ability to do those jobs depends on the order of the building blocks that form the protein, but also the shape. The shape that proteins fold themselves into has been surprisingly difficult to figure out — even though protein folding is guided by the laws of physics.

Scientists have been applying their knowledge to this problem in a global competition called Critical Assessment of Protein Structure Prediction, which has been running since 1994. This year, the DeepMind group was able to predict the structure of proteins with an accuracy score of 92.4/100 — far surpassing any previous attempts.

The ability to accurately predict protein structures will hugely accelerate efforts to understand the behavior of proteins in the bodies of all living things. It will pave the way to developing new pharmaceuticals and figuring out why diseases work the way they do, among many, many more potential applications. 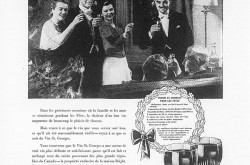