In this colourful monthly blog series, Ingenium’s science advisors offer up quirky nuggets related to their areas of expertise. For the September edition, Cassandra Marion stepped aside and invited Jesse Rogerson — an assistant professor of astronomy and planetary science at York University — to fill in. Collectively, our experts wrote about why ocean acidification is posing problems for shellfish, how researchers used gravitational waves to observe a black hole and neutron star orbiting each other and merging, and what the future could look like — with humanoids in our midst. A more acidic ocean is making it difficult for shellfish such as oysters to build their shells, especially at the larval stage.

Acidification: An ocean of doubt for the future of shellfish

Did you know that the majority of mussels and oysters we eat are the product of aquaculture? In fact, 80 percent of the world's supply of shellfish comes from ocean farms. Shellfish farming is an important industry for coastal communities and for our food security. However, climate change is affecting the ocean — and posing a threat to the viability of this form of food production.

One of the problems is that the ocean’s chemistry is changing — a process known as ocean acidification. Put simply, acidification means the pH of the ocean is slowly becoming lower (or more acidic, as opposed to basic). For organisms that build calcium carbonate shells — shellfish — acidification can make them more vulnerable to disease and parasites, and greatly reduces their chance for survival. So why is this all happening?

The ocean is a massive carbon sink: carbon dioxide (CO2) in the air dissolves in water (this property is what allows us to make carbonated beverages). Scientists estimate that the ocean absorbs about one third of the carbon we release into the atmosphere. This would seem like a good thing, as it reduces the amount of planet-warming CO2 in the air. However, we have been putting more carbon in the air than our Earth’s systems can handle. Excess carbon in the air means excess carbon dissolves in the water — resulting in acidification.

The problem for shellfish? These organisms need carbonate — found in water bodies and oceans — to create their shells. When CO2 dissolves in water, it goes through a series of chemical reactions, which uses up carbonate. With more CO2 entering the water, more carbonate gets used up. This makes it difficult and time consuming for shellfish to build their shells, creating what some refer to as "osteoporosis of the sea." Acidic conditions created by excess CO2 can also dissolve away shell.

Research efforts are underway to help shellfish farmers adapt to this growing problem. One promising approach is to grow different types of seaweeds alongside the shellfish, which have the ability to suck CO2 out of the water. Other strategies involve implementing monitoring technologies and breeding new types of shellfish which are more resistant to acidic conditions.

Finally, the United Nations has made minimizing the effects of ocean acidification part of their sustainable development goal to conserve and sustainably use the oceans. Since the oceans belong to no nation, it is important to collaborate across sectors and borders, so we can find more ways to face the changing conditions of our shared, essential resource. Scientists have used massive lasers to prove that it’s possible for neutron stars and black holes to exist in binary systems.

A wrinkle in (space) time

An international team of astronomers recently found evidence of a black hole and neutron star orbiting each other and merging. But they didn’t make this discovery using a conventional telescope.

Before we dig into exactly how the discovery was made, let’s touch on a common misperception about space. We tend to think of space as a big, empty void filled with matter — such as stars, planets, and moons — and we envision that between all that matter there’s nothing. In reality, that’s not really true. The Universe is built out of a fabric of energy, which we call the fabric of spacetime. Any object with mass (stars, planets, moons, etc.) distorts spacetime around it, not unlike how a heavy ball would deform a trampoline. That bending of spacetime is something we are able to measure.

Einstein’s General Theory of Relativity predicts that when two extreme objects, like black holes and neutron stars, collide with each other, the fabric of spacetime will ripple — almost like dropping a stone in a pond. The ripples, called gravitational waves, will spread throughout the Universe, radiating from the point of collision and getting smaller the further away they get from the source.

To attempt to measure this, a large consortium of researchers, institutes, and governments built the Laser Interferometer Gravitational-Wave Observatory, known as the LIGO Lab. This observatory is not what you expect an observatory to look like, as it’s not observing light — it’s observing gravitational waves. The observatory works by bouncing laser beams back and forth down a tube that is four kilometres long, and looking for any changes in the time it takes for the light to return. Meaning, if the laser goes to the end of the tube and comes back exactly as expected, then there have been no ripples in spacetime. However, if the laser beam arrives earlier or later than expected, then the fabric of spacetime must have changed for a brief instance while the laser beam was going through it.

Using this state-of-the-art observatory, scientists confirmed they observed the ripples of spacetime created by the merger/collision of a neutron star with a black hole on two separate occasions. While this is an incredible discovery in itself, it is also the first definitive evidence that neutron stars and black holes can actually orbit each other. Previously, it was only theorized that these two objects could be in binary systems; until this moment, no such systems had been observed.

With this result, astronomers can fill in some blanks on how stars get to the end of their lives. Next, they will aim to observe more of these events, in order to learn how often mergers of black holes and neutron stars occur. Robots in action: Testing the limits of humanoids

It might seem like something from a sci-fi movie, but engineers are getting closer to creating humanoids that mimic human movements and actions.

The work done by Boston Dynamics is no exception. The engineering and robotics company recently released a video of Atlas — a humanoid research platform — performing parkour, complete with balance beam skills and backflips. Atlas has been in the works for over 10 years, and its capabilities continue to be reimagined every day. It requires a team of software developers, a hardware team, technicians, and operations staff to make what we see in this video a reality.

While it may not seem like parkour is a useful skill for a robot, take a moment to consider the individual skills and motions necessary to complete this routine; the robots are developing basic actions and motions they will require to mimic a wide array of human movements. This opens the door to even more applications for this technology. One major advancement for Atlas is its movements are now driven by perception — which allows the robot to sense and react to its environment — compared with previous iterations that required pre-set moves that were sequenced together.
Over at Tesla, Elon Musk also announced his company is working on developing a humanoid that would be able to complete mundane tasks — specifically those that are unsafe, repetitive, or boring. The company is hoping to use its existing robotic technology, coupled with the hardware and software used for its autopilot driver assistance software. Tesla is aiming to release a prototype within the coming year, but many people are speculating that this is an ambitious timeline.

The development of humanoid technology raises a lot of questions. How will this impact jobs? What other applications might humanoids have in the future? Is it ethical to have robots replace humans in certain contexts? Should we impose limits on how far we push this technology? As they become more human-like, will they be granted certain rights?

Only time will tell what role humanoids will play in the future — but that future might be closer than you think. In the meantime, those repetitive and boring tasks on your to-do list await your attention. 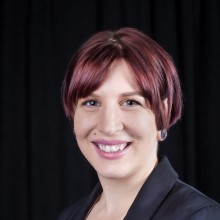 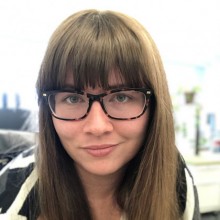 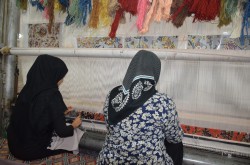 Unseen and unrecognized: Women’s key role in the history of computer memories