Blowing things up and knitting stockings: The enterprising DuPont company When it comes to the history of Canada’s industrial textile manufacturing sector, you would hardly expect to find an amazing story of innovation, explosions, and high fashion. However, that’s exactly what I uncovered in the course of my practicum at Ingenium – Canada’s Museums of Science and Innovation in Ottawa.

Our nation’s colourful history sprang to life for me as I acquainted myself with Ingenium’s artifacts, particularly those related to industrial textile manufacturing. DuPont Canada donated the majority of this collection’s artifacts in the late 1980s. To contextualize these artifacts, I needed to dig into DuPont’s history. What I uncovered was an incredible, historical snapshot of the bustling textile manufacturing sector.

My first surprise came in researching Dupont’s parent company, E. I. du Pont de Nemours (created by Éleuthère Irénée du Pont in 1802 in the United States). E.I. du Pont de Nemours originally produced black explosive powder, which it supplied to the American military; it was also used in frontier exploration/expansion. DuPont continued to develop and produce explosives throughout the nineteenth century. In 1902, DuPont began to expand and greatly diversify its output, with plants manufacturing various chemical components, varnishes, and dyes. I was fascinated to learn that DuPont contributed to the evolution of modern chemical engineering, systemizing existing chemical knowledge and converting it into an independent discipline. In fact, DuPont’s contributions to what was then a modest faculty of chemical engineering at MIT transformed it into a sophisticated, influential department. An advertising pamphlet for industrial knitting machines, demonstrating examples of the finished products.

The company’s success in textile manufacturing came from its work with synthetic fibres; DuPont engineered a large portion of the twentieth century’s synthetic fabrics (in the course of their work with fibres, they have obtained over 500 patents in this field). Some examples of these innovations include Orlon — an acrylic fibre used as a wool substitute in carpeting and outwear, Lycra — an elastic fibre that replaced rubber in stretchy fabrics, and Nomex — a heat and flame-resistant fabric used in firefighters’ uniforms.

One of the most famous fabrics created and patented by DuPont was nylon. Nylon revolutionized stockings, eliminating the need for silk and becoming the preferred fibre for hosiery to this day. Synthetic textiles became increasingly popular after the Second World War for a few reasons. First of all, post-war shortages and the population boom created more demand for textiles than natural fabric production could meet. In addition, the North American textile sector wanted independence from European producers. Finally, a successful series of advertising campaigns promoted synthetic fabrics as the “choice” garments of modern men and women. Synthetic textile production was versatile, offering a wide range of fabrics and blends that could be used in the production of anything from lingerie to fashion knitwear to heavy outerwear.

After holding investments in Canada for some time, DuPont created DuPont Canada Limited in 1954. This Canadian company played a big role in the textile industry; in the 1960s and 1970s, DuPont Canada Limited led sales and was the second-biggest employer in the sector (after Dominion Textile). The DuPont research and development facility in Kingston, Ontario had a multi-million dollar budget, and contributed to advancements in the field of chemical engineering. Apart from constantly experimenting and improving upon their fibres, DuPont Canada Limited also aimed to maintain competitive quality as the company sought out the most modern and sophisticated equipment for its facilities.

Today, DuPont continues to enjoy success, although it has further diversified to include work in industrial bioscience and nutrition. Nonetheless, the company still deals with innovative textile fibres such as Kevlar and Tyvek. DuPont continues to manufacture nylon — having recently celebrated 80 years of this enterprise. 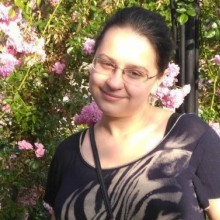 Kateryna is a history major at Carleton University and a practicum student with Ingenium – Canada's Museums of Science and Innovation. Her particular fields of interest include medieval European history and institutional development of the church. In her free time, she is usually stuck in a book or engrossed in a documentary with her pesky study companion, Zuzu the cat. 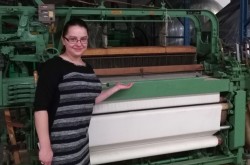 Untangling the knot: A brief history of the Canadian textile industry