Peter Lymburner Robertson – also known as P.L. Robertson – was a Canadian business mogul, author and inventor. He popularized the square-socket version of the screw and the corresponding screwdriver in the early 1900s. His products are still named after him today.

Robertson was born in Seneca, which is now part of Haldimand County located in southern Ontario.

From Pain to Product

Robertson became a sales representative in Canada for a Philadelphia tool company. During a tool demonstration in downtown Montreal, the blade of his screwdriver slipped out of a single-slot screw and severely cut his hand.

The idea that followed would have a much larger impact than the gash on his hand, though. Robertson designed a safer, easier screw to drive. One with a square socket that would allow for a tools blade to rest safely rather than slip out. The square-slotted screw allowed for less movement when driving fasteners into a material. The Robertson Screwdriver only made it better, the square tip made for even less movement and a smoother turn. It became increasingly popular, workers were able to use it with one-hand making jobs on ladders or in confined spaces much easier.

Besides the fact that his screwdriver and screw were by far his most successful creations, Robertson had worked on a variety of other items. Some of the patents he had received were for a better mousetrap, corkscrew, staple maker and even a cufflink.

Robertson established his business in Milton, Ontario in 1908. In an attempt to expand his business, Robertson attempted to bring his products to the United States. He first approached Curtis Screws Company of Buffalo and left with no success. But he continued to push his product south of the border. His next target would be Ford Motor Company.

At the time, he was already providing Ford Windsor with his products, saving them approximately $2.60 per vehicle made. This caught the eye of the bigger executives at Ford in Detroit. The executives were interested, but decided they wanted a say in the location of the product development. Robertson wasn’t pleased with this statement and he eventually left without a deal.

After multiple attempts, Robertson was unsuccessful in bringing his products to the United States.

He took some time to himself after his frustration with the business world. He wrote a book about solving world economic problems during that period. He would come back to his business later. And with much more success. His brass screws began selling in bulk – kegs – internationally.

P.L. Robertson’s screws and screwdrivers still hold his name. His business is widely popular with the townsfolk, at the time, he had brought in over 600 jobs to the area to work there.

The original facility is still in place and it continues to be a source of Milton pride today. 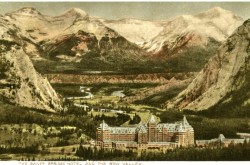 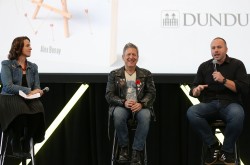 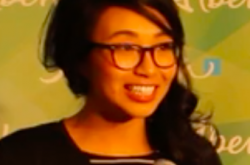 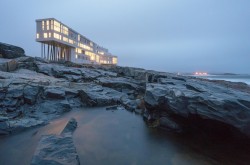