This year marks the seventy-fifth anniversary of the end of the Second World War. With very few veterans from that heroic generation still with us today, it seems that COVID-19 and its accompanying isolation has come at an inopportune time. This should be a time of commemoration…a time to reflect on how the world came close to losing its freedom.

Yet today, when I ask people if they know who Canadian Victoria Cross recipients Andrew Charles Mynarski or Robert Hampton Gray were, most simply shrug.

So I decided to share the story of a man who is the true embodiment of courage, gallantry, high ethics, sense of duty, and compassion. While he was a well-decorated man — he received the Order of Canada, the Distinguished Flying Cross, the Order of Ontario, and the Canadian Forces’ Decoration (fifth bar) — it’s the Order of the British Empire for his outstanding gallantry toward his men that he is most revered for. The making of a hero

Born in St. Catharines, Ontario, Air Commodore Leonard Birchall graduated from the Royal Military College of Canada in 1937. He was commissioned in the Royal Canadian Air Force (RCAF) and was assigned to No. 5 Squadron. Birchall was sent to the United Kingdom in December 1941 and joined No. 413 Squadron, RCAF, which was based in the Shetland Islands. As leader and deputy commander of No. 413 Squadron — a flying boat squadron — he flew an aircraft that was transferred to Ceylon, today’s Sri Lanka, in early 1942. After the fall of Singapore, Ceylon became an important front-line British base for this region of the world.

On April 4, 1942, Birchall was in the ninth hour of a 24-hour patrol off the south-east coast of Ceylon, in search of submarines and shipping. He spotted an Imperial Japanese Navy fleet storming towards Ceylon, preparing to deliver a surprise air attack on Colombo — similar to the attack on Pearl Harbor, which took place on December 7, 1941.

The approaching fleet comprised of five aircraft carriers and supporting ships. Birchall's Consolidated Catalina flying boat was shot down by six Japanese “Zero” fighters from the carrier Hiryū, but not before his radio operator alerted Colombo to signal the location and estimated course of the fast-approaching enemy fleet.

After his aircraft was shot down in the Indian Ocean, Birchall and five other surviving crew members were captured by the enemy, mercilessly beaten, and later sent to Japan as prisoners of war (POWs).

On April 5, 1942, the Easter Sunday Raid — an air attack by carrier-based aircraft of the Imperial Japanese Navy against Colombo — turned out to be a disappointment for the Japanese. Luckily, most of the British warships were not in Columbo; it was this luck that saved the Eastern Fleet.

For warning the Allied forces in Columbo of the Japanese surprise attack — allowing them to prepare and prevent a crippling attack — Birchall was affectionately called “The Saviour of Ceylon.” Later, he was awarded the Distinguished Flying Cross. "Nothing is ever free in this life or handed to you on a plate; the price you must pay is hard work, total effort and self-sacrifice."
- Air Commodore Leonard Joseph Birchall, RCAF

The challenges of prison camp

As a POW in Japanese camps, Birchall’s resolve was cruelly tested. For three years and four months, he was the highest-ranking officer in each of the four prison camps that held him. During that period, malnutrition, starvation, torture, forced labour, disease, and routine violence reigned. In the first camp, fellow prisoners were very hostile — each having lived through their own hells. A senior officer title was a name only. Trust had to be earned. The authority he had was only that which the men wished to give, when and if they felt like it.

Birchall’s leadership skills and his unrelenting insistence of acting ethically enabled him to gain respect. He organized and strategized in order to survive, and to lower the number of deaths of fellow prisoners. He kept copious diaries and journals of the events. Birchall encouraged his men to quit smoking, as cigarettes were the only currency they had to get much needed food and medicine. When men who were too ill and weak to work were beaten, Birchall would inform the Japanese prison guards that he had ordered them not to work. This would result in Birchall standing in to take on the brutal beatings. As difficult as it was, his actions would go on saving fellow POWs’ lives on several occasions.

This strength of character and constant dedication made Birchall a trusted leader, in what was otherwise a lawless, jungle setting.

In Birchall’s own words:

“Once you are accepted as a leader, your men will not only follow you, but will emulate you to the best of their ability, your character and behaviour. That is why as a leader you must at all times and all places set and maintain the highest of standards.” Wing Commander Len Birchall and Mrs. Birchall at the Rockcliffe airport near Ottawa on October 9, 1945.

After the Japanese surrendered, Birchall and his fellow POWs were finally freed by the Americans. His well-documented diaries were handed over to war crime officers. During his captivity, his actions boosted morale, improved treatment for the prisoners, and brought the POW death rate down from 30 percent to under 3 percent.

During his lifetime, Birchall’s compassion followed him through his community service and impactful donations. With the late Queen Mother, he is the only person to ever carry five clasps on his Canadian Forces Decoration (CD), in recognition of his 62 years of service.

On September 10, 2004, Birchall passed away in Kingston, Ontario; he was 89 years old. His grave is marked by the following words: Aviator, Saviour of Ceylon, Protector of POWs, University Administrator, Humanitarian. His widow, Mrs. Kathleen Birchall, has continued the couple’s community support with donations to the Air Cadet League of Canada, establishing a yearly scholarship in his name. In 2011, the formation of 883 Air Commodore Leonard Birchall Squadron of the Air Cadets League of Canada was established in Markham, Ontario.

A true national treasure, a role model for all Canadians, Birchall’s little-known story emphasizes the importance of ethics, integrity, leadership, character, and courage. We will remember him! 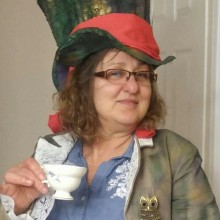 For over two decades, Linda has led the creation and implementation of interpretive and educational programs at the Canada Aviation and Space Museum, and more recently online. During her long tenure, Linda has written and published two non-fiction children’s books: The Fantastic Flight of the Silver Dart and The Kuujjuaq Christmas Candy Drop. The latter was adapted as an annual television special in Canada. Linda created the six-part documentary series, The Legacy Series, and has authored a number of articles for magazines in Canada’s North. 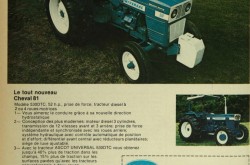 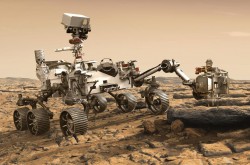 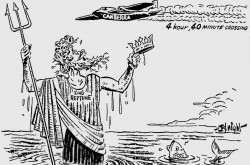 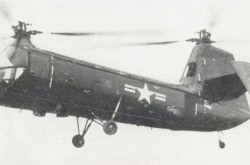 “Shoe,” Retriever, “Hupmobile” or Army Mule – a HUP by any other name is still a HUP: The Piasecki HUP Retriever and H-25 Army Mule helicopters, and the HUP of the Canada Aviation and Space Museum 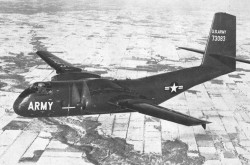 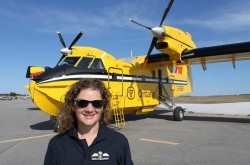 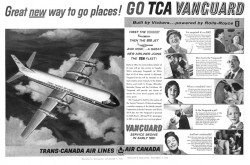 From “big Viscount” to Merchantman: The abbreviated journey of the Vickers Vanguard