If you live in Canada, you’re probably used to checking the weather report every morning. After all, it can be beautiful and sunny one day, and then snowing the next day! The cloud cover, precipitation, wind, air pressure, and temperature can make or break whether or not you want to spend your day outside. As opposed to climate, which is what is ‘normal’ for that area, weather can change drastically even within one day. Scientists called meteorologists study these changes.

Clouds are formed when three factors are present: moist air, a cool environment (high up in the sky), and cloud condensation nuclei, which are tiny, naturally occurring particles. Water vapour in the air condenses onto the cloud condensation nuclei, and the water droplets clump together, forming clouds. Precipitation — rain or snow — occurs when the droplet clumps become too large and heavy to stay suspended in the air. A droplet becomes snow if the temperature is very cold.

Wind and temperature are very closely related. Heating of the earth is primarily caused by the sun, and air currents keep this heat travelling around, causing the daily fluctuations in temperature. Wind is caused, in turn, by the difference in temperature of air currents. Warm air rises, as it is less dense than cold air. When currents of warm air rise, cold air rushes in to take its place, forming an air current.

Air pressure is also dependent on this temperature difference of air. In addition, the density of the air is dependent on moisture; moist air is less dense than dry air, as the water vapor taking up space is very lightweight. Pressure affects all of the weather systems, and its fluctuations can cause many people to have headaches.

It is, of course, very useful for everyone to know what the weather for the day will be. The weather dictates many of your decisions, including what to wear, how to commute, and whether to go outside. Many industries — such as renewable energy production, air travel, and agriculture — are also very weather dependent. The study of weather is important for a much higher-stakes reason as well: extreme weather events like tornadoes, hurricanes, and tsunamis. By studying the conditions needed for these natural disasters to thrive, meteorologists can predict them to keep people safe.

Shovelling, as many of us know, is hard work; it’s not really a practical option for clearing streets in large urban areas. In the 1920s for example, one good snowfall could paralyze a city like Montreal for days. André Sicard recognized this problem and, in the late 1920s, built a solution: the Sicard snowblower. His vehicle, while intended for big jobs like clearing city streets, led to the design of smaller snowblower models that Canadians still depend on every winter. 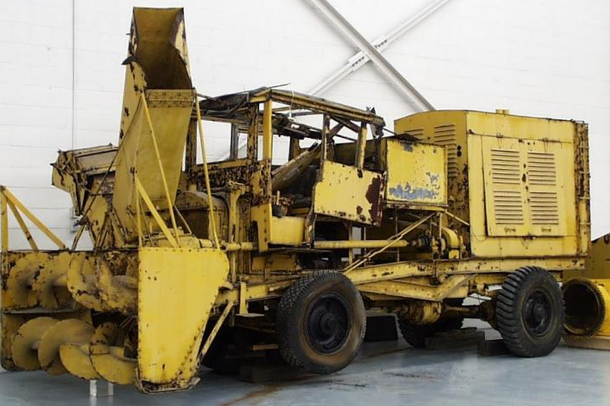 Try This Out- Cloud in a Jar

Try This Out- Make an Anemometer