Become a civil engineer for the day! Put on your hard hat and start testing buildings to see which can withstand a raging Jell-o earthquake.

Adult supervision may be needed to make the Jell-o and to handle scissors.

Place your first structure on the Jell-o, then shake the pan back and forth. How long did it take for your structure to fall? Were any elements of your building destroyed even before it fell? Repeat this for each of your structures; try to shake it equally as hard each time. Record your results to determine which of your buildings withstood the “earthquake” the most effectively.

The Earth’s crust is made of shifting plates, which are slowly moving around the Earth’s surface. When two of these plates collide, it can cause the surface around it to vibrate. This is the shaking that’s known as an earthquake!

Certain structures are able to withstand more shaking than others. Shorter buildings are preferable to taller buildings, because their lower centre of gravity acts like a fulcrum in a lever. The taller the building is, the further the ends are from the fulcrum, meaning that the force of a disturbance like wind or an earthquake is multiplied.

Certain shapes like triangles are very strong and will have made your structure more resistant to the earthquake, especially if you put them near the base. This is because there is no way to bend a triangle without breaking one of its joints, unlike a square or rectangle.

Civil engineers, especially those working on buildings in high earthquake-risk areas, have to be sure to construct their buildings in the safest way possible. In addition to the shapes and sizes they choose, they must consider the type of soil the building is built on, the materials used, and the weight of the load inside the building.

One innovative earthquake engineering feat that saved lives in the 2008 Sichuan Earthquake is found in the Taipei 101 building in Taiwan. There, they have a giant, four-story pendulum called a tuned mass damper. When the building sways to one side, the extremely heavy pendulum swings to the other, counterbalancing the effects. 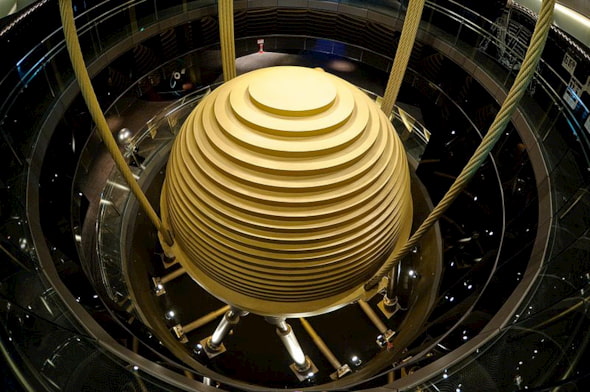 Try constructing two identical towers, except for the top “floor” on one being rectangular, and on the second make it pointed. Put them both on the Jell-o and see which one falls first. Using what you know about the centre of gravity of structures, can you think of why this happened?