It’s a perfect August morning in Johnstone Strait: sunny, not a breath of wind, perfect visibility; the ocean glistening dark green with the reflection of forested mountains. My colleagues John Durban and Holly Fearnbach, researchers from the National Oceanic and Atmospheric Administration’s (NOAA) Southwest Fisheries Science Centre in San Diego and long-time friends, are seated on the flybridge of the Vancouver Aquarium Marine Science Centre research boat Skana. As we scan for the distant blows of whales we talk quietly from time to time but are mostly lost in thought. For my part, I’m reflecting on our mission—why we are here, what we’re trying to learn, and how we will measure success.

Put simply: we’re here to learn as much as we can about the health and condition of the northern resident killer whale population. The method we are using is called photogrammetry (literally, measuring using photographs). Holly and John pioneered killer whale aerial photogrammetry in 2008, taking photos from a helicopter and using them to determine the length, width and shape of the whales. These measurements provide an accurate snapshot of a whale’s body condition (fatness) — which depends first and foremost on the quality and quantity of food it is eating. We can also use the photos to identify which females are pregnant and, comparing them to similar photos taken in previous years, the whales’ growth rates.

We spent three weeks on the Skana together in Johnstone Strait last year, using a digital camera attached to an unmanned hexacopter to take aerial photographs of the northern residents. Our hexacopter, supplied by NOAA and affectionately dubbed “Mobley,” is small and nimble enough for us to launch and retrieve from the Skana, and, as described in my blog last year, we had used him to obtain thousands of high-quality photogrammetry images of the whales in 2014.

What are we trying to learn? We know that resident killer whales prey principally on Chinook salmon. They are so dependent on them that their death rate goes up in years when Chinook abundance coast-wide is low. We are trying to learn more about that dependence, particularly which salmon runs are most important to the whales and what times of year are the most critical for whales food-wise. Our ultimate objective is to use this information to manage fisheries in a way that ensures adequate salmon are available for the whales every year.

What are our chances of success? After our work in 2014, we know that we can obtain good photogrammetry images and use them to get an accurate picture of the nutritional state of individual killer whales. For the project to be successful, we need to be able to continue it for several years so we can assess changes in their condition in relation to fluctuations in salmon stock. John, Holly and I are all very keen to keep the study going. As long as we have sufficient funding to operate the Skana and do the fieldwork, we’re optimistic that we’ll be able to do so.

Back on the boat, my thoughts are interrupted by a call on our VHF radio. Jim Borrowman, captain of the whalewatching boat Gikumi, is calling to tell us that killer whales are just around the corner in Blackfish Sound. They are headed our way. John and Holly prepare Mobley and I grab my notebook and camera, fire up the engine and head toward the whales. Minutes later, we’re alongside the whales, only about 250 metres away. Holly holds Mobley up and John pilots him out of her upstretched arms, takes him up to 100 feet and flies him over to the whales. Holly disappears under a towel so that she can monitor Mobley’s camera, altimeter and battery level on small screen, and directs John over the whales.

The whales are close together, swimming slowly and surfacing synchronously. Holly reports a calf nursing and a Pacific white-sided dolphin, perhaps confused about its species identity, swimming with them. None of them show any sign of being aware of Mobley. John, ever the optimist, is convinced the photos will be the best we’re ever taken—a pronouncement he makes every second day—much to the amusement of Holly and me. After 15 minutes, John pilots Mobley back to Holly’s outstretched arms. Another perfect flight, more data in the can.

After three weeks, a total of 13 hours of Mobley flight time and aerial images of nearly 80 northern residents, it’s time to pack up the Skana and move on. We say goodbye to the many whalewatching naturalists and kayak guides who helped us find whales every day and head south. We haven’t taken a day off since we started and we’re ready for a break. The weather is good and we make record time on the run to Sidney. A freak late-summer storm blows up during our weekend off. Perfect timing.

On Monday morning we rendezvous in Roche Harbour on San Juan Island. We’re in U.S. waters now, and we replace our small yellow Canadian research permit flag with a much larger yellow flag required under our U.S. permit. We have additional permits in each country authorizing our hexacopter operations, and a binder of registration and safety documentation for the boat. I wonder on occasion how much higher the Skana would float if it wasn’t so burdened with paperwork.

We’ve come to San Juan Island to take photogrammetry images of the critically endangered southern resident killer whale population. The weather is challenging for the first few days. We get a few flights in, but even John acknowledges that this is not our best work—the water surface is too choppy for high quality images. Finally, we get a good day for flying and our first really good images of southern residents. It’s been years since I spent any time with this population and I’d forgotten how handsome and engaging they are. Many of the southern residents have striking black lines and shapes running through their white saddle patches, and they tend to be very active at the surface, breaching, spyhopping and rolling and slapping their pectoral fins.

The population has only 81 members in total, but has seen a spike in births this year with four new calves. We see them nursing, playing, resting, rolling around on their mothers—clearly no one has told them that their population is endangered. We also see lots of salmon chasing, and whales carrying salmon in their mouths. A large male pushes a recently killed salmon along on his forehead for a while, then swims over to his mother, flips it her direction and swims away. This kind of food-sharing is very common in the northern residents, less well documented with the southern.

One morning we get an excited call from a whalewatch naturalist near Victoria. He’s just seen a female killer whale with a brand new calf. We immediately head in that direction and find the mother and calf swimming near their pod. Both appear to be in good shape. We had taken an aerial photograph of the female several days before, and quickly launch Mobley to document how her shape has changed with the birth, and to determine the length and width of the calf.

We pore over the southern resident photogrammetry images from time to time with our colleagues Ken Balcomb and Dave Ellifrit at the Centre for Whale Research. Dave and Ken have studied the population for many years. Most of what is known about the population, including how its numbers have fluctuated over time, is a direct result of their efforts. Dave, photo-identification expert par extraordinaire, is fascinated to see “his” whales from a new perspective.

Three days before we are scheduled to end the project the tilt mechanism on Skana’s sterndrive breaks. We can still operate at reduced speed, but our slightly crippled condition emphasizes that it’s time to wind the mission down. We get photos of the last few members of the population on the last day, back up our data, pack Mobley up and the project is done. So are we. It’s been six wonderful weeks but we are all exhausted. Holly will begin the photogrammetric analysis soon and we’ll all get together in a couple of months to go over the data—and begin planning next year’s field work.

Blog post by Dr. Lance Barrett-Lennard, head of the marine mammal research program at the Vancouver Aquarium Marine Science Centre’s Coastal Ocean Research Institute. This research is made possible through funding from the Vancouver Aquarium Marine Science Centre, the National Oceanic and Atmospheric Administration and the SeaWorld and Busch Gardens Conservation Fund. Hexacopter research is permitted in Canada under the Species at Risk Act (Marine Mammal License 18) and flight authorization from Transport Canada (SFOC #10854645). In the U.S., photogrammetry images were taken under NMFS permit #16163. 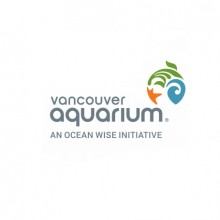 The Vancouver Aquarium, an Ocean Wise® initiative, is home to thousands of incredible ocean species and amazing aquatic life.