Dr. Frederick Banting, best known as the Nobel-prize-winning inventor of insulin, assembled a group of doctors before the Second World War, and they turned their attention to aviation medicine.

In 1941, Dr. Wilbur Franks, one of those researchers at the Banting Institute, developed a flying suit reinforced with fluid channels to help pilots withstand the extreme G (gravitational) forces exerted on their bodies during air combat. When performing high-speed manoeuvres, pilots tended to lose consciousness because the G forces pulled blood to their lower extremities, and the heart could not pump blood to the brain. Dr. Franks’ suit was designed so that, when necessary, the fluid within would expand and compress the pilot’s lower body, forcing the blood to flow upwards and preventing a blackout.

Dr. Franks first tested a tiny version of the suit on mice and then the first full-sized prototype on himself. His suit performed extremely well in trials, allowing the wearer to remain conscious during high-G manoeuvres. However, its weight and bulk restricted the pilot’s normal movements.

Dr. Franks and his team later experimented with air-filled versions of the G-suit, a system that is still used today by military organizations and space agencies around the world. 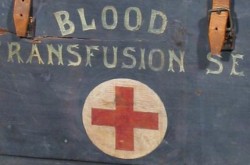 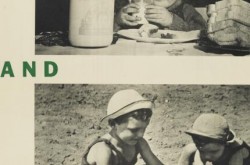 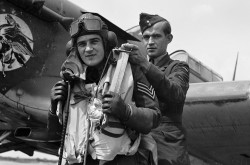