By: Caitlin Walsh
Ingenium - Canada's Museums of Science and Innovation

Popular culture often dramatically portrays cellulose nitrate materials as extremely flammable film, catching fire in projectors and exploding in a great blaze taking down buildings, as seen in Cinema Paradiso. What you may not know is that before cellulose nitrate was used to create film, it was originally called Celluloid — and had a different function.

Celluloid is cellulose nitrate with camphor added as a plasticiser, to make it — as you may guess — more plastic. It is known as the “great imitator” of ivory, tortoise shell, and horn, as it can be made to have similar appearance to these natural materials. This drawing kit was owned by Marcus Smith, a railway engineer for the Canadian Pacific Railway.

Celluloid is created by chemically modifying the cellulose molecule with strong nitric acid, and adding other acids, such as sulphuric acid, plasticizers and water. Depending on the amount of nitrogen added to the cellulose — called the degree of nitration — and plasticizers used, different types of materials are formed. For instance, cellulose nitrate film has a higher nitrate content than celluloid, and it is this higher nitrate content that makes the film so combustible.

Most celluloid objects were manufactured between 1846 and 1950, starting in England by the Parkesine Co. in 1866, and then in 1870 in the United States. Popular objects created included imitation ivory and tortoise shell jewellery and vanity sets, collars, billiard balls, dolls, and tools.

Due to its lower cost and close imitation to natural goods, celluloid became a very popular material for people of all economic classes. As was claimed by the Celluloid Manufacturing Company, “[so] has celluloid given the elephant, the tortoise, and the coral insect a respite in their natural habitat”, celluloid was seen as a way to prevent wildlife decimation with industrialization around the world.

A case study of a drawing set in the Ingenium collection owned by Marcus Smith, a railway engineer, reveals a mix of both ivory and celluloid tools. Marcus Smith was born in Northumbria, England in 1815, and began his engineering career in 1844. After working on several railways in England, political revolution in Paris led Smith to travel to Canada in 1850, to work on the Great Western Railway. Following a long career with several different railways, Smith eventually worked with Sir Sandford Fleming on the Canadian Pacific Railway, eventually becoming Acting Chief Engineer between 1872 and 1878. Smith retired from public service in 1893; he passed away in Toronto in 1905.

A tray from the drawing kit, showing three pens with ivory handles. An example of a positive diphenylamine test, showing the sample turn a blue-violet colour.

To Ingenium’s conservation staff, this result was quite interesting; it shows the use of both ivory tools and cellulose nitrate at the same time. It also shows how the object was a working object — one that was perhaps not purchased as is, but rather assembled for Smith’s purposes. His selection of tools evolved with the formation and availability of new, cheaper materials such as cellulose nitrate. This introduction of modern materials — the paving stone for future plastics — allowed for a cheaper alternative to luxury objects. This drawing set displays the use of ivory and celluloid tools simultaneously, at a time when the shift towards plastics was just beginning.

Along with these inherent sources of deterioration, there are also outside effects which increase deterioration rates. This includes unfavourable temperature and relative humidity, as well as being exposed to visible and ultraviolet light. All these factors can increase the rate of which the cellulose nitrate deteriorates. In addition, once the deterioration reaction has begun, it cannot be stopped due to the self-catalytic nature of the reactions, but rather only slowed.

A cellulose nitrate scale, protractor, and rule were found in the drawing kit.

How does this deterioration manifest in the object? The plasticizer used was generally camphor, which sublimates at room temperature. As the formative nitrate reaction reverses, the camphor migrates to the surface of the object, where it in turn evaporates. This reduces the molecular weight of the object, which causes cracks in the material’s surface, and causes the object to become brittle. Moisture in the air can then reach the cracks, which reacts with the nitrogen atoms in the object causing the formation of nitric acid. This is accelerated by the sulphur ions present in the cellulose nitrate, and the nitric acid then attacks the cellulose polymer chains, which causes continued damage to the object.

What does this mean for our conservation goals? As stated above, this reaction will happen naturally, but is accelerated by external variables such has humidity, temperature and light. With properly acclimatised storage, these chemical reactions can be reduced, and the deterioration slowed. At the new Ingenium Centre in Ottawa, a cool storage room is used for objects such as these. It has been shown that degradation rates can be slowed by half with a temperature decrease of 10⁰C. In other words, a plastic object will deteriorate half as quickly at 10⁰C than at 20⁰C. Further, keeping cellulose nitrate objects out of light, storing them in un-buffered acid-free boxes, and with in a low relative humidity environment will also slow adverse reactions. This means that while deterioration will continue at a low level, it can be managed so the objects can be preserved for years to come.

Have more questions about the conservation of plastics? Connect with the Ingenium conservation team on Twitter @SciTechPreserv

For more information on cellulose nitrate, and plastics in general, check out these books. 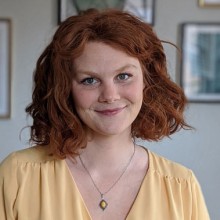 Caitlin Walsh is a conservation intern with Ingenium. Upon completing her Applied Museum Studies degree, Caitlin plans on continuing a career in conservation through expanding her work experience and preparing for a future master’s degree. 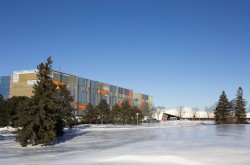 Ingenium’s Collections Conservation Centre: Bringing Canada’s Past into the Future 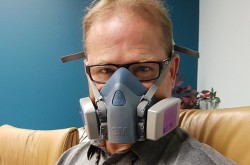 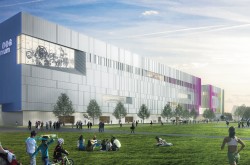