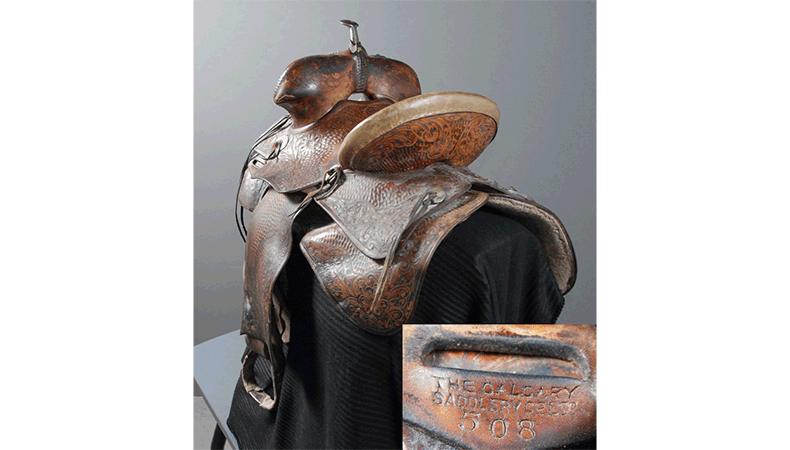 What child hasn’t dreamed of being a cowboy (or cowgirl)? This horse saddle belonged to a real Canadian cowboy, James R. Banta. He settled near Madden, Alberta, at the turn of the twentieth century. This is believed to be the saddle he used as foreman on the Lone Star Ranch in Alberta. In its heyday, the ranch covered 92,000 acres and held 2,000 to 2,500 head of cattle. It also boasted 3,000 sheep and 500 horses.

The western saddle was used in the late nineteenth and early twentieth centuries in Western Canada. This particular model was predominantly used in Alberta.

The Museum received this item from the Banta family. Also donated were the leather chaps, cowboy boots, gun, and Hudson’s Bay Company blanket that were essential gear for a cowboy.