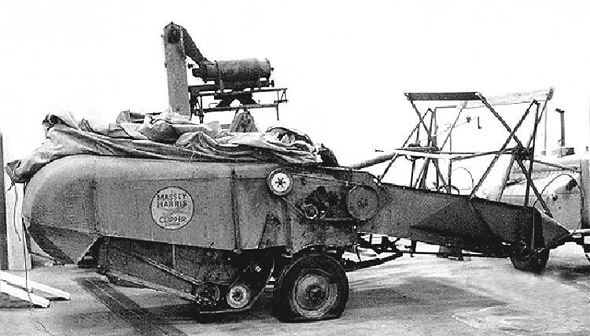 The “Clipper” was a pull-type combine, developed during the 1930s to introduce combine harvesters to farmers with smaller operations. The Clipper received power through a Power Take-Off (or PTO) that connected the combine to the tractor’s engine. The pull-type Clipper was followed by a self-propelled Clipper, introduced in 1946.