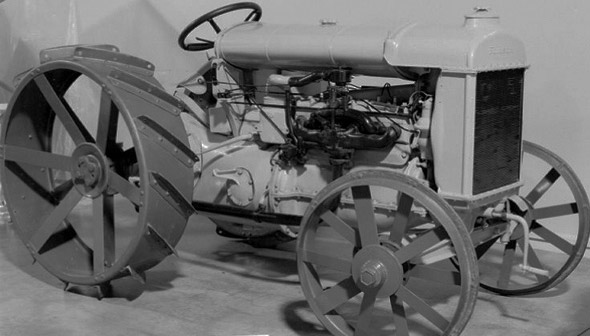 The “Fordson” was the first tractor to be manufactured on an assembly line and to feature a cast-iron frame. Like the Model T, the Fordson was an affordable mass-produced machine. The Ford Company introduced the Fordson tractor toward the end of the First World War. Its production was spurred by the British government which, anxious about food production and wartime labour shortages, ordered 6,000 tractors. The Canada Food Board also bought and distributed Fordsons, including this tractor that was shipped to the McKay farm in Seaforth, Ontario, in 1918. The Fordson was produced from 1917 until 1928.