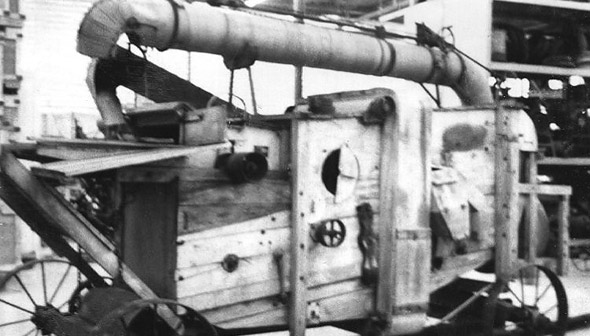 This thresher was used on a small farm in Cantley, Quebec, north of Ottawa, between 1937 and 1955. The Fonderie de Plessisville was incorporated in 1882 and changed its name in 1941 to Forano Ltée, and in 1978 to Forano, Inc. The company was dissolved in 1987.

This thresher, bearing serial no. 368168, is a small thresher of wooden construction, made well after most firms had switched to metal construction.