Covergalls, Tiga boots, kitchen planning and irons - these are just a few of the innovations made by women, for women 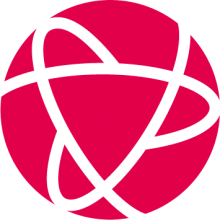 By: Canada Agriculture and Food Museum Did you know that Canada processes a whopping 2.86 million tonnes of potatoes a year — into things like frozen French fries, instant mashed potatoes and chips? Unfortunately, all of that processing translates into a lot of potato waste. But recently — at the University of Alberta — a team of innovative researchers found a way to put these potato processing leftovers to good use...by transforming then into a biodegradable plastic! Watch this short, educational video — developed by the Canada Agriculture and Food Museum — to find out how it works. 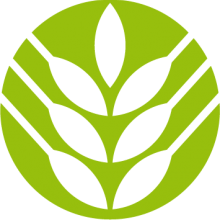 Two cars were actively marketed to meet the demands of a Californian zero-emissions vehicle law. In 1992, Ford released the Ecostar, which ran on a sodium-Sulphur battery and had a travel range of 160 km. In 1996, General Motors released the EV1 which could travel 145 km on a lead-acid battery powered engine.

By 1998, both companies had stopped producing the vehicles due to a lack of public demand. The California Air Resource Board was forced to drop their emissions targets from 10 percent to four percent by 1998, and then from four percent to two percent in 2001. As a result, the California Air Resources Board switched their focus from zero-emissions vehicles to partial-emissions vehicles, better known today as hybrids.

Toyota was the first automobile company to willingly and actively recognize that combustion engines – specifically those that burned fossil fuels – accounted for a large portion of greenhouse gases. “You asked for it, you got it, Toyota”

Electric and hybrid vehicles had previously been criticized for being too expensive for the average individual to purchase. In 1998, Toyota began to mass produce a hybrid vehicle called the Prius. In doing so, they made the hybrid car affordable to the average consumer and created a large market.

Hybrids like the Prius operate on battery power until the battery is drained, whereupon the gas engine engages. The Prius owner’s manual explains that “the Prius is a new kind of car called a hybrid, combining a sophisticated gasoline engine with a powerful electric motor. The Prius power system is completely self-contained. So, unlike all electric-only vehicles, Prius never needs to be recharged from an outside source” [1].

Due to the Prius’ self-charging function and its mass production, people across the globe found this automobile affordable and convenient. In October 1998, the Toyota Prius was introduced to Canada at the Canada Science and Technology Museum in Ottawa, Ontario. It was very successful, selling 14,000 cars in Canada and 1.7 million world-wide.

A new player came onto the scene in 2006 with the unveiling of the Tesla Roadster, Tesla’s first electric vehicle, which wouldn’t reach the consumer market until 2008. A battery-electric sports car, the Roadster could travel 393 km on a single range, and while it qualified for many government incentives, the price was prohibitive for many buyers and the vehicle itself was poorly received by critics. 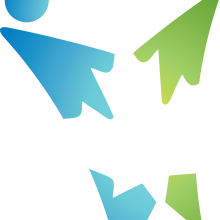 In September 2016, I started a master’s degree in Public History at Carleton University. My research was supposed to explore the representation of American foreign policy in video games, but things changed. As part of the degree’s requirements, I had to complete a summer internship. I was very lucky to be awarded such an internship at the Canada Science and Technology Museum (CSTM). Since my research was on video games, I was given the opportunity to do work related to that subject. My task seemed simple enough: start assessing the software in the museum’s artifact collection and write a research report on the preservation of born-digital artifacts (i.e. objects whose primary and original form is digital). I soon discovered, however, that while much had been written on the subject of digital preservation, there existed no widely accepted methodologies or “best practices” documents for how to effectively preserve born-digital artifacts—particularly in the museum context. Needless to say, I had my work cut out for me. When I started reading up further on the subject, I was struck by how James Newman—Professor and Senior Lecturer in Film, Media, and Creative Computing at Bath Spa University—started his monograph Best Before: Videogames, Supersession and Obsolescence. “Videogames are disappearing,” he writes: “No really, they are.”  He proceeds to explain that, because of bit rot, which is the degradation of housing media and the digital information stored on them—and the degradation of the platforms (consoles, computers, etc.) and peripherals used to access this information—video games eventually become unplayable. On top of that, the video game industry’s practice of continually developing new games and consoles causes older ones to become obsolete. The more I read, the more I realised how right Newman was. This realisation caused me to change the focus of my research. I would now investigate video game preservation and attempt to propose a solution. Following the completion of my internship, I was awarded the Garth Wilson Fellowship at the CSTM, enabling me to continue working on my new research from within the museum. I decided to focus on two games I found in the CSTM’s collection during my internship, Joust (artifact no. 2002.0384.001) and Seven Cities of Gold (artifact no. 1995.0822.029), and develop a methodology to preserve them. My first instinct was to play the games. After all, video games are meant to played. The museum had the platforms for both games, but there was a serious problem: they had not been powered up in over 25 years. Computers and game consoles have capacitors which, if they are not powered up periodically, have a high risk of exploding. This meant that I could not play either game at the CSTM. Newman’s warning suddenly became tangible and I realised how dire the situation was. To prevent what I came to see as the death of video games, I decided to begin developing a methodology capable of preserving video game technology as well as video game play. My Master’s major research project culminated in the creation of a podcast and website which investigate videogame preservation and proposes some solutions to this complex and pressing issue. It is entitled Deadplay and can be accessed through the project’s website, www.deadplay.net. Here, you can find the podcast’s audio files, its complete script, a further reading list, and some complementary material—all of which can be annotated through an embedded Hypothes.is overlay.

Videogames are cultural heritage artifacts worthy of preservation. They are both digital and physical, inspire and are inspired by other forms of media, reflect and are products of our cultures. Deadplay suggests a first essaie in ensuring videogames are adequately preserved for future study. 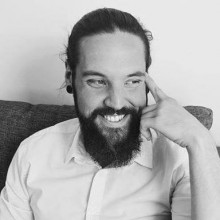 Dany Guay-Bélanger is a public historian and game scholar. He has a M.A. in Public History from Carleton University and his research interests are in the history of videogames and videogame preservation. Dany was also the 2017-2018 Garth Wilson Fellow at the Canada Science and Technology Museum and is a member-at-large of the Canadian Game Studies Association. Follow him on Twitter @danygbelanger In the fall of 2016, the Canada Science and Technology Museum will be opening their travelling exhibition Game Changers at Science North in Sudbury. On this episode of Science Alive, Dave chats with assistant curator and gaming guru Sean Tudor about all the elements that make up a great video game. From story to graphics to great audio- it’s Game On at the Museum!