Minister of Small Business and Tourism Bardish Chagger announced $500K for TritonWear Inc., a startup founded by University of Waterloo engineering alumni. High praise came with some practical advice in November of 2016 as the federal government formally announced recent financial support for developed-in-Waterloo technology that is changing the way competitive swimmers train.

TritonWear Inc., a startup company founded by University of Waterloo engineering graduates Tristan Lehari and Darius Gai, sells systems to track performance measures such as stroke rate and split times as athletes move through the water.

Bardish Chagger, the Waterloo MP who serves as both government House leader and minister of small business and tourism, was impressed by the immediate feedback transmitted to a tablet as she crouched poolside for a demonstration by members of the University of Waterloo Warriors swim team.

Flanked by Lehari – who identified a need for detailed, timely training data while he captained the team as a student – and Warrior coach Jeff Slater, Chagger suggested adding metrics including heart and breathing rates to monitor the swimmers. “I offered a bit of constructive feedback, but the team is already on it,” Chagger joked afterwards.

A loan of $500,000 through the Southern Ontario Fund for Investment Innovation helped TritonWear -which also raised $2 million in private funding this summer - go from development to commercialization following early days at the University’s Velocity startup incubator and regular testing with the swim team.

After going to market earlier this year, it has products in more than 20 countries. The system is used by more than 1,200 swimmers, from kids in local clubs to Olympic medalists.

“They’ve gone from a pilot in this very pool to global customers,” said Jay Shah, director of Velocity.

Now based in Toronto, the company has 17 employees, including five Waterloo Engineering graduates, and regularly comes back to its roots to recruit co-op students.

Lehari, who graduated from mechatronics engineering along with Gai in 2011, thanked supporters at the University, including swim team members for “letting us strap technology to their heads.” The company donated 20 units to the team last year.

Swimmers wear small devices attached to their googles or tucked under their swimming caps. Multiple measures are sent to coaches via tablets in real-time. Data is also saved to show long-term patterns or improvements.

“The product has been great and we’re just getting started using it,” said Slater.

Linda Wang, a systems design engineering student in her fourth year on the Warriors swim team, said the system gives her accurate information to improve her pacing. She is hoping the edge will help her qualify for the national championships. “If I’m getting slow, it allows me to see why,” she said.

Chagger also announced $500,000 loans for six other companies - including In The Chat of Waterloo, and Nicoya Lifesciences and Root Cellar of Kitchener - under a program to support innovation and growth in small and medium-sized enterprises.

“Innovation is key to creating the jobs of the future and strengthening our middle-class,” she said. 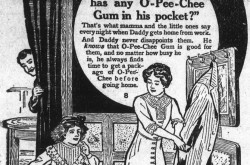 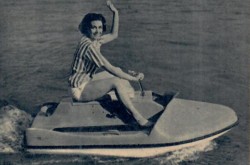 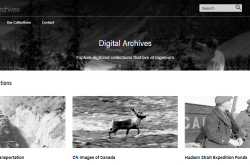