By: Catherine Émond
Ingenium - Canada's Museums of Science and Innovation Photo Credit
Ingenium | Catherine Emond
A young visitor assembles a structure out of cardboard bricks at the Canada Science and Technology Museum.

Here at Exploratek, we’ve been praising cardboard as the best material ever for a long time, and we’re far from the only ones! As mentioned in our previous article, cardboard — often found in the form of boxes — is versatile, lightweight, and cheap (often completely free!). These qualities are high on our list of why we love it so much, but the most important (and often forgotten) reason is that cardboard ignites imagination.

Have you ever heard of a child setting aside a brand-new toy to play with the box it came in instead?

Cardboard is extraordinary because everyone can find a way to explore with it. Give it to children, who imagine it as a spaceship, a cave, or a turtle shell. Older children will use it as the perfect craft material for their unbridled imagination. Teenagers and adults will start using it in more matter-of-fact ways, such as a mat to protect surfaces, a construction material to create low-fidelity prototypes, or as art supply in its own right. But it’s not rare to see adults find a piece of their childhood when confronted with a huge box! Cardboard isn’t intimidating, because it’s been with us our entire life. Guide Chelsey Barrett shows off one of the many different cardboard structures on display.

In 2007, nine-year-old Caine Monroy started — without realizing it — a worldwide revolution, bringing forward cardboard as a distinguished material worthy of attention. Using his creativity and some cardboard, Caine created a fully-equipped game room, worthy of the best arcade, in his dad’s auto parts store. Nirvan Mullick, a filmmaker who came across Caine’s arcade while waiting for a car piece, bought a fun pass for one dollar and started playing the games Caine had built. He admired Caine’s creativity and was inspired to create a short film on the topic to share his joy for the games. Through his social media networks, Mullick invited people to join him to surprise the young maker, and play in the arcade. The invitation went viral.

Today, nearly two million people have participated in the Global Cardboard Challenge inspired directly by Caine’s arcade. It also inspired engineering challenges in primary and high schools, such as the Cardboard Boat Race hosted by Skills Ontario (see video below), and a cardboard chair challenge. Universities also get in on the fun, participating in events such as the cardboard bridge-making challenge hosted by Montreal’s Jacques Cartier and Champlain Bridges Incorporated.

Watch a video of Rick Mercer at a competition with students:

Caine’s enjoyment for building games out of cardboard was contagious. It showed kids and adults alike how easy it is to have fun. It reminded us to go back to basics, that making isn’t about high tech, but about creativity, resourcefulness and most of all, joy! 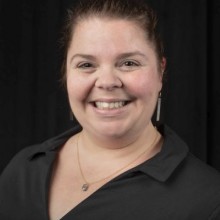 Catherine found her passion for educating in museums settings. She works at the Canada Science and Technology Museum as part of the Visitor Experience team. She enjoys testing and creating ingenious activities for Exploratek, the museum’s maker studio, where she invites people to try a variety of tinkering challenges. She’s inspired by visitors’ creations and loves coming up with new Science, Technology, Engineering, Arts, and Math (STEAM) projects to try out.