Today the Churchill Rocket Range looks out of date and abandoned. Although it may seem that way, this was not always the case. In the 1950’s, the International Geophysical Year (IGY) and the Cold War created a fascination for space exploration. The idea of setting up the IGY was accepted after Stalin’s death in 1953 because the Soviet Union had interrupted scientific communication between the East and West. These events led to great scientific collaborations.

The interest and intrigue of the upper atmosphere led scientists to develop various sounding rockets. Sounding rockets carry instruments designed to take measurements and perform scientific experiments during the rockets sub-orbital flight. Many factors led scientists to choose the Churchill area specifically for launching these rockets. In fact, the auroral activity, the proximity of the magnetic pole, the thin atmosphere at this latitude and the military base nearby for logistical support were all good motivations to build a rocket range in this part of the country. Also, the United States military, being in the middle of the Cold War, wanted to see how a guided missile would react in the unpredictable atmosphere of the arctic, due to geomagnetism and auroral displays.

Over the summer of 1956 the U.S. army and a civilian contractor completed most of the construction of the Churchill Rocket Range facilities. It was comprised of a blockhouse, preparation buildings, and rocket launchers, all linked together by aboveground tunnels which still stand today.

In 1959 the value of the data obtained during the IGY led to a re-opening of the Rocket Range in August. Canadian scientists were now actively participating in upper atmosphere research. The Churchill Rocket Range became an important facility for both Canadian and American rocket programs.

Canada officially entered the realm of rocket research by developing the Black Brant. Albert Fia (the ‘father of Canadian rocketry’) from the Canadian Armament Research and Development Establishment designed the Brant Rocket in Valcartier, Quebec. The rocket was then engineered in Winnipeg, Manitoba by Bristol AeroIndustries. The Black Brant was the first rocket to be designed and engineered in Canada. In October of the same year, the first Black Brant was launched at the Churchill Rocket Range for testing purposes. 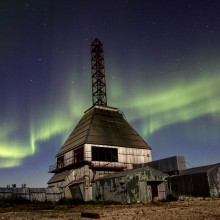 The Churchill Northern Studies Centre promotes and facilitates research and education that enhances our understanding and appreciation of natural, social, economic and cultural environments of the North. 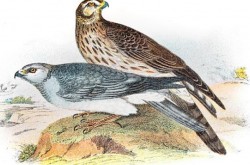