Photo Credit
Ellen Morrison / Ingenium
Visitors to the Canada Science and Technology Museum can interact with Ophelia, a digital being, until the end of March 2020.

There’s a new digital being at the Canada Science and Technology Museum — and she’s hungry for conversation.

“Ophelia” — a digital prototype developed by the Montreal-based artificial intelligence (AI) creative studio, Reimagine AI — is offering an interactive experience for museum visitors until the end of March 2020.

“I think people really like interacting with the technology, rather than just reading about it on a panel,” says Jacoby Metellus, a guide at the museum. He adds that passersby have been quite interested in stopping to have a short conversation with Ophelia as they explore the museum. “Kids are a little bit shy at first, but once they see what Ophelia is all about they seem to really like it.”

Acting as a bridge between science and society, Ophelia is helping the museum introduce visitors to AI technology — which is one of the key advances of our time.  Ophelia was created to be an interactive character with a personality, point of view, and the ability to have conversations with users and grow from each interaction. She speaks English and French, conversing on a wide variety of topics — and can even recite a bit of poetry.

“She can actually be quite sassy at times,” says Ellen Morrison, an officer for educational programs and partnerships at the museum. “For some visitors, there’s a misconception that the responses are coming from her. Unlike other digital personas — like Siri and Alexa — Ophelia doesn’t formulate her responses from information on the Internet, but rather from scripts written by the development team at Reimagine AI.” Ophelia is a mix of art and science, with a goal to spark the audience's imagination, understanding, and interest in artificial intelligence.

She explains that Ophelia responds to conversations with humans using machine learning — which is a newer type of AI that trains a machine how to learn.

“Given a set of rules, a bunch of data and some kind of goal, the AI builds its own algorithm,” says Morrison. “It learns from failed experiences, making edits and changes when its algorithm doesn’t work.”

The team at Reimagine AI have written many possible responses for Ophelia. Once they have written a script for a response, they compose training prompts to show Ophelia what would lead to that response. Based on key words included in the prompt, Ophelia determines the “essence” of the question or statement. She then compares the prompt to other prompts in her memory, and tries to find the closest match. She will then select an appropriate response for that prompt.

Stationing Ophelia at the museum allows her to “gain knowledge” from each interaction she has. Data from Ophelia’s interactions is collected daily by the Reimagine A.I. team. They can analyze the types of questions visitors are asking, and continue to map Ophelia’s potential responses. Since many of the museum’s visitors are families, Ophelia has the chance to interact with youth. Reimagine AI hopes this will help her development, and increase her ability to interact with more diverse audiences.

Founded by Canadian musician David Usher, Reimagine AI’s work is a mix of art and science — with a goal to spark the audience’s imagination, understanding, and interest in artificial intelligence. The museum is using the partnership with Reimagine AI to gauge visitor interest and plan for additional AI-related content in the museum.

Later this month, a class from the University of Ottawa will visit the museum.

“The students are studying digital literacy, and will be considering potential applications for a technology like Ophelia,” says Morrison. “For example, they’ll be discussing how an AI technology might fit into classrooms in the future.” 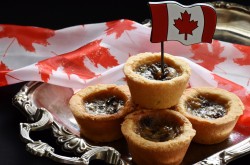 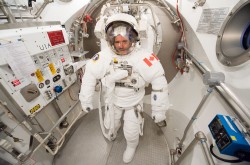