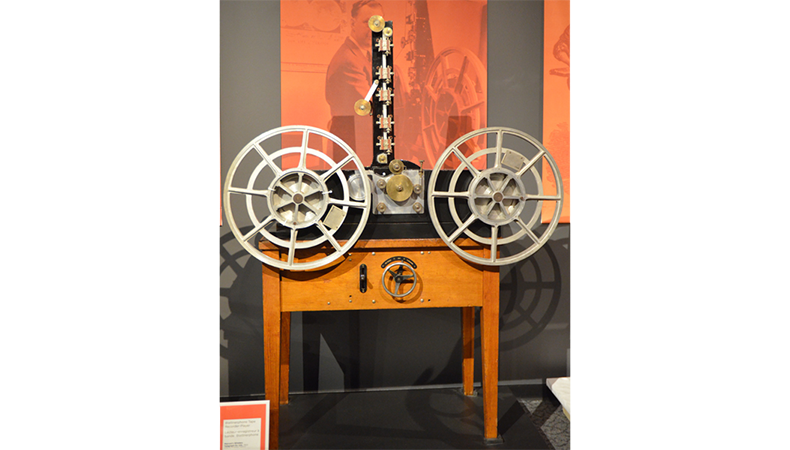 In 1933, the Canadian Radio Broadcasting Commission (later CBC) installed three Blattnerphones in Ottawa. The CBC donated this one, along with 11 reels of audio tape, to the Museum in 1969. In 1992, working with CBC Archives and Telecom Australia, the Museum shipped its Blattnerphone recordings to Melbourne, Australia, where technicians played them back for the first time in fifty years.

Magnetic recording technology dates back to 1898, when Valdemar Poulsen patented the Telegraphone, a device that recorded the electrical audio signal from a telephone transmitter as variations in magnetic flux on a length of steel piano wire. Over the next thirty years the technology evolved very slowly. By 1930, advances in electronics allowed the first commercially successful wire recorders to be introduced as dictating machines and telephone recorders in Europe and North America. Recording on solid steel media, whether wire or tape, remained the dominant form of magnetic recording outside Germany until about 1950. Perhaps most interesting of these devices was the Blattnerphone, or Marconi-Stille recorder. This large device recorded on steel tape 3 mm wide — a loaded reel weighed 15 kg.

In 1933, the first Blattnerphone in Canada was installed by the Canadian Radio Broadcasting Commission (later CBC) at its Ottawa station in the Château Laurier Hotel. Important events such as royal and political addresses, the opening of Parliament, or a Dionne Quintuplets’ birthday party could be recorded as they happened and rebroadcast later to reach the widest possible audience.