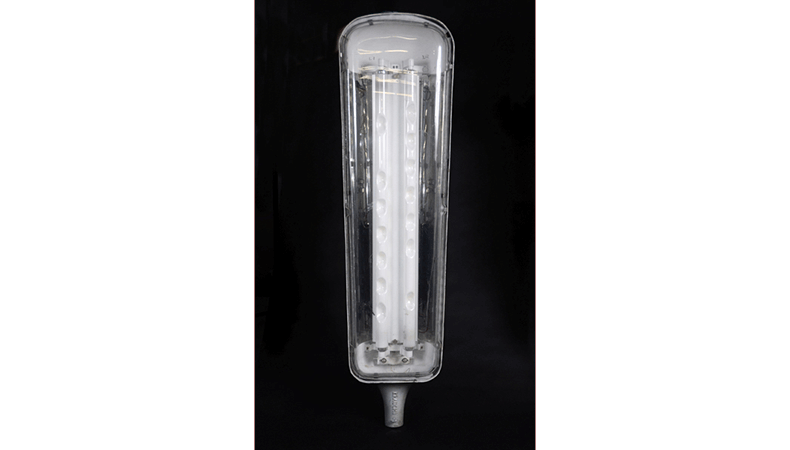 The original power groove fluorescent lamp bulb was introduced in 1955. The groove was placed along one side of the tube and bridged at regular intervals to increase glass strength. Resulting grooves or panels placed phosphor closer to the centre of the arc stream and “squeezed” the arc for greater light-producing power. The new power groove light bulbs, with grooves on opposite sides, were introduced in 1959. Alternating grooves made the arc travel in a wavy path to effectively increase its length and give greater efficiency.

Fluorescent lights were widely used in the 1950s to illuminate roads, tunnels, viaducts, subways, and bridges. They allowed for increased visibility, particularly on wet asphalt, had a low intensity, and a long lifespan. However, fluorescent lights designed for outdoor use were large and heavy, and their output decreased in cold weather. Ultimately, fluorescent street lights could not compete with the mercury-vapour technology.