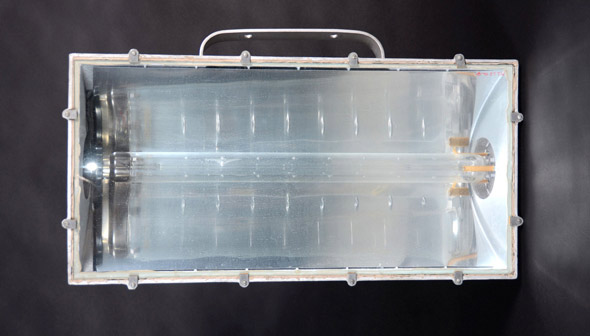 Sodium lamps were introduced for street lighting in 1933. However, even though they were twice as efficient as incandescent or mercury bulbs, low-pressure sodium bulbs, like the one used in this lamp, allowed only a monochrome view of objects. High-pressure sodium (HPS) bulbs, which enabled people to see an object’s original colours, even at night, were only developed in 1966. The arrival of HPS bulbs on the Canadian market coincided with Expo 67 in Montreal, although they had been installed a year earlier in Calgary, on an experimental basis.