Currently under construction in Ottawa, the Collections Conservation Centre is the future home for hundreds of thousands of nationally-significant science and technology artifacts. These objects represent Ingenium’s three museums — the Canada Aviation and Space Museum, the Canada Agriculture and Food Museum, and the Canada Science and Technology Museum — but they’re also emblematic of Canadian ingenuity and Canadians’ everyday experience.

To reflect on this incredible milestone and what it means for the future, the Ingenium Channel sat down with Chief Operating Officer and Capital Projects Director asked Fern Proulx, who has spent nearly a quarter century working with the museums.

What does the new Collections Conservation Centre mean to you?

The realization of the Collections Conservation Centre brings me a great deal of professional and personal satisfaction.

From a personal perspective, this facility has been a long-term goal of mine. Back in 1995, when I first arrived at what was then known as the National Museum of Science and Technology, I had very little museological experience. I was immersed in the museum world for three years at the Canadian History Museum; it was all I knew of collection storage and standards until I arrived here.

The first opportunity to visit the national science and technology collection literally blew me away. The richness of the collection — the size and diversity — was amazing. There were vintage cars, paintings, locomotives, scientific equipment, rare vintage music boxes, and cameras. Warehouse upon overflowing warehouse were overfilled with treasures, some in poor environmental conditions — such as aviation artifacts sitting unprotected outside.

I had the privilege of being a part of the team who put the Reserve Hangar together at the Canada Aviation and Space Museum; this took care, at that time, of most of the aviation artifacts that were at risk.

Since 2002, I’ve been involved in looking for a new home for the Canada Science and Technology Museum and its collection reserve. Now — 17 years later — after many rejections and postponements (for a lot of valid reasons), I am proud to say we’ve done it! I thank the Government of Canada for having funded a proper home for these treasures; Canada’s national collection of science and innovation artifacts finally have the dignified space they deserve. A view of the ground floor of the Collections Conservation Centre. Train tracks are in place to bring the locomotives into their new home.

What will the new facility mean for your team?

From a logistical perspective, my team will be thrilled to dedicate their energy to managing a state-of-the-art building, rather than finding piecemeal and band-aid solutions. The time used to troubleshoot crisis after crisis — from air quality and leaking roofs to temperature and humidity fluctuations — can now be dedicated to managing a properly-designed infrastructure. Consolidating the three leases in this one Crown-owned building will also provide some stability to the budgeting process, and offer increased efficiency from an operating standpoint.

Another important element is the amalgamation of support services. With a good portion of the Collections Conservation Centre dedicated to staff workspaces, teams ranging from information technology, marketing, production, accounting, procurement, corporate governance, conservation, and curatorial will be brought together under one roof. This will facilitate a streamlined workflow and should increase Ingenium’s efficiency.

What aspect of the Collections Conservation Centre are you most excited about?

Beyond the peace of mind that comes from knowing that the collection is properly cared for, what brings me the most satisfaction is being able to share it.

We are custodians of this national collection, but it belongs to all Canadians. Allowing them to come through and see these treasures is really rewarding; the collection will be accessible for both research and guided tours.

In getting to where we are today, I had the privilege to tour the collection with donors, policy makers, and politicians on many occasions. The excitement and reaction of visitors is priceless; this is what I’m looking forward to seeing on a regular basis. Having the collection properly stored will also allow us to better document it, record it in 2D and 3D fashion, share it with the world, and get participative curation — adding stories to the artifact histories. This element will make it, in my opinion, one of the richest collections in the world.

What would you like the public to know about this national facility? The three colours on the exterior of the Collections Conservation Centre represent Ingenium's three museums.

One of the most remarkable things about the Collections Conservation Centre is the sheer size of it. The amount of cement and rebar steel required for a container of this massive size is quite a structural engineering feat. This facility has very sophisticated mechanical systems, which meet different requirements in different zones, in order to store paper, fabric, wood, metal, and art. The building was constructed in a way that compartmentalizes and safeguards the collection, while limiting the humidity and temperature and minimizing operating costs.

Another interesting fact is the proximity of the collection to the Canada Science and Technology Museum. Rebuilding in the suburbs has facilitated this, and many of the international museums envy our position. The close proximity of our artifact storage to the museum will facilitate updating or altering our museum exhibitions.

The collection will also be able to be used as a research tool, for both scholars and enthusiasts. The collection archives and digital lab will allow us to establish a proper research institute, which is something that’s been lagging in Canada for science material culture.

The Collections Conservation Centre is large enough to accommodate some growth for years to come, as well as a variety of collections. The National Gallery of Canada will be the first institution to share the site with us; it is hoped that other collections will follow in the next phase, making the site a destination for Canada’s collections. 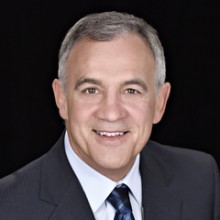 Fern joined Ingenium – Canada’s Museums of Science and Innovation in 1995 as Director of Finance and Administration. COO since 2005, Fern is responsible for the operations, global finances, and strategic plan implementation of Ingenium’s three national museums: Canada Agriculture and Food Museum, Canada Aviation and Space Museum, and Canada Science and Technology Museum. Fern previously served as Interim President and CEO of Ingenium in 2008, 2013, and from 2017 to 2018.

Prior to his career in museums, Fern held a variety of positions in the private sector, which gave him a well-rounded understanding of process improvements and value engineering. He worked as a business analyst in an international chemical corporation where he assisted in the implementation of a global profitability planning model. Although a financial management specialist, Fern contributed to a number of food distribution companies in a variety of ways, such as logistics management, sales, marketing, and systems development.

Fern obtained an Honours Bachelor of Commerce in 1985 from the University of Windsor, and is an alumnus of the prestigious Getty Museum Leadership Institute program. Fern is active in the community as a volunteer and mentor. Although retired from competitive athletics, he fuels his passion for sports as an avid fan. A proud father of two daughters, Fern resides with his wife in Gatineau, Quebec. 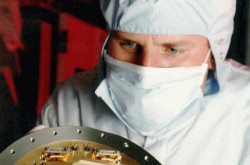 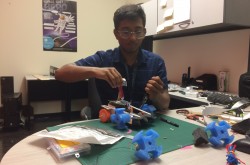 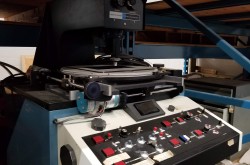 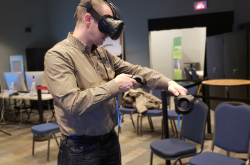 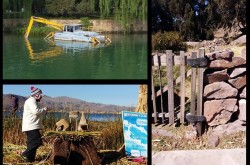