An Amazing Flight over Canada Day Most Canadians wend their way to their favourite spot to celebrate this great country on its namesake day, Canada Day. My spot is the Canada Aviation and Space Museum, which I ran as Director General (DG) for almost eight years. I have only recently returned to the fold as VP of Business Development for Ingenium, a role that includes developing great collaborations. This Canada Day, however, brought with it an amazing bonus. Not only was I to see so many Canadians enjoying the Museum, now run by its Director General Chris Kitzan, but I was going to be one of five lucky people to board NAV CANADA’s CRJ-200 for a flight over the city and down to Cornwall, the ancestral home of air traffic controller training. When I was DG, I had dreamed of having NAV CANADA be part of the exhibitions and offerings at the museum.   Many years later, we were thrilled to welcome the collaboration of NAV CANADA as a major presence for this year’s Canada Day festivities. Their Dash 8 was on site at the museum and open to the public throughout the day, giving visitors a rare chance to tour a flight inspection aircraft. And as luck would have it, their CRJ-200, another flight inspection aircraft, was to do a flyby of the museum and welcome an ex-DG aboard. Most Canadians don’t know about the amazing work that NAV CANADA does. Their aircraft can be seen at airports around the country verifying the landing and take-off procedures and ensuring that all the navigational aids are functioning properly. This simplified description of a complex system supports literally thousands of flights a day. This entails some pretty impressive flying, with bank angles exceeding 45 degrees, which I can attest to from my flight … but more on that later. In fact, these beautifully painted aircraft are often the subject of calls to the airport about an aircraft having difficulty as they fly down the runway with their wheels locked away. They perform every flight maneuver to ensure that navigation equipment is functioning perfectly. There are even groups who follow the progress of these aircraft across the country, photographing them at the various airports and in the various flight attitudes. And I was going to fly with them. I have flown in almost everything from a Tiger Moth to a P-51 Mustang doing aerobatics, but this was going to be something really special. The CRJ-200 landed and taxied up to the Shell Aerocentre at Ottawa International Airport. It is absolutely beautiful in its blue, white and grey regalia. We were greeted by our pilot Anthony MacKay, who welcomed us aboard and went over the aircraft’s safety features. He reminded us that there was no inflight service. Great sense of humour. And now for the big surprise, I had been picked to ride in the jump seat for take-off. This is a fold down seat between the two pilots. Honestly it doesn’t get much better. I met our second pilot, Rick Wynen, who also exhibited a rare sense of humour, making this a great flight. We went through pre-flight checks, started the engines one by one and prepared to taxi out for take-off. Now for most of you, this probably seems rather normal, but for the geeks like myself, and a few others, this is seventh heaven. We took off and our flight took us over Ottawa and the proximity of Parliament’s no fly zone. Then we headed south to Cornwall to view the NAV CENTRE – today a training and conference Centre, but where air traffic controllers once learned their trade. For many, it is considered the ancestral home of the profession, so this flight was special for my fellow intrepid aviation passengers who hail from NAV CANADA. They were the lucky winners in a raffle for charity. As we approached Cornwall, the pilots put the CRJ-200 through its paces. We began circling the Centre at Cornwall and exceeding the bank angle normally used on approach or commercial flying. The “bank angle” warning rang solidly as we circled at over 45 degrees of bank. But these pilots are smooth, unlike the air, which given the 39-degree heat was somewhat bumpy at 2500 ft. We straightened up and headed towards the Rideau River which we followed back to Ottawa Airport. It was at this moment that I switched places with Tiffany, who would ride in the jump seat home. My time in the cockpit was over, but what a memory. The rest of the flight was smooth and the approach and touch down were immaculate. What a great day. A morning at a world class museum, surrounded by iconic aircraft and smiling Canadians. A chat with the intrepid volunteers that braved the weather to tell the stories of Canada’s aviation heritage, in many cases from first-hand experience. The teams at the museum and the volunteers make for an amazing experience. And let’s not forget the brave team from NAV CANADA, who gave tours of their beloved Dash 8 throughout the day, under a blazing sun. But the icing on the cake for me, and the cherry on top, was that amazing flight over Canada Day. Thank you NAV CANADA, welcome to the family and we will see you next year.

(Just a few facts about NAV CANADA. It is the world’s second-largest air navigation service, managing 3.3 million flights annually in 18 million square kilometers of airspace. Their services include air traffic control, airport advisory services, flight information, weather briefings and aeronautical information. In other words, whenever we safely take to the skies in Canada, we have NAV CANADA to thank.) 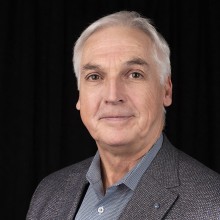 Stephen Quick became Vice-President, Business Development, at Ingenium, and Executive Director of the Ingenium Foundation, in May 2018. Leading a team of more than twenty employees, he is responsible for increasing earned income and sponsorship revenues for Ingenium.

In addition to his experience in national museums, Stephen has a strong record of achievement in Canada’s wider cultural sector, having held senior management positions in several publishing houses and within the Department of Canadian Heritage. Stephen currently serves as President of the International Association of Transport and Communications Museums based in Dresden, Germany.

Stephen has a keen understanding of the importance of external partnerships; he uses it to amplify the capacities of the three Ingenium museums and of its Foundation in order to more successfully showcase Canada's rich cultural heritage and to assist Canadians – especially youth – in developing a greater appreciation of this country’s past and of its future potential. 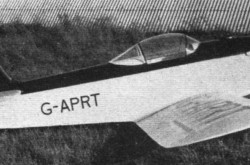 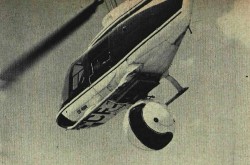 I spy with my little stabilised and steered camera eye 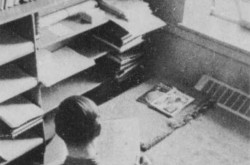 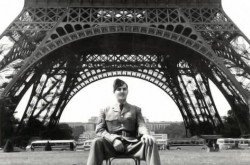 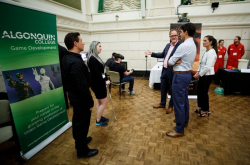 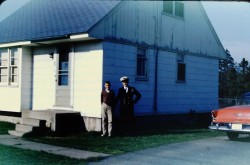 Shearwater 100: Commemorating the centenary of a Canadian aviation base