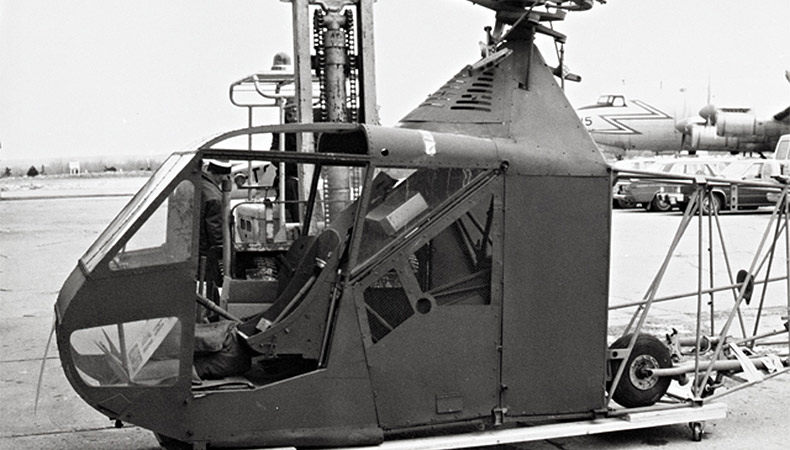 Following a demonstration of his VS-300 helicopter in 1939, Igor Sikorsky won a contract for development of the XR-4 which retained the single rotor of the VS-300 but had a covered fuselage, side-by-side seating and dual controls. The flying controls in the XR-4 set the standard for all subsequent helicopters. The XR-4 was re-engined in 1943 and called XR-4C. Service trials with the YR-4A and YR-4B, including one from a tanker, resulted in the final variant, the R-4B. One hundred R-4Bs were made with 45 going to Britain.

This aircraft was the first helicopter produced for the US Air Force, and the world’s first mass-produced helicopter. The first helicopter rescue in Canada occurred when a US Coast Guard R-4 picked up the crew of a Canso that had crashed 482 km (300 miles) southwest of Goose Bay, Labrador.

Exchange with the Planes of Fame Museum, United States

The Sikorsky Aircraft Division of United Aircraft Corporation built this R-4 for the U.S. Army Air Forces in 1944. Its subsequent history is not known. The Museum acquired it from the Planes of Fame Air Museum in Chino, California in 1983, in exchange for a Japanese aircraft. The R-4 does not have an engine.