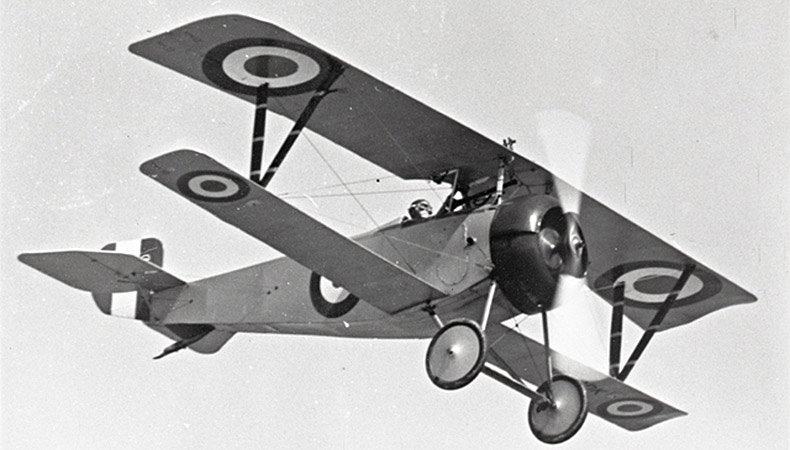 The Nieuport 17 was one of the classic fighters of First World War. It reached the French front in March 1916, and was adopted by the Royal Flying Corps and the Royal Naval Air Service because of its superiority to any British-designed aircraft then in service. Nieuport 17s also served with the Dutch, Belgian, Russian, and Italian air forces. Italy built 150 under licence, and Germany was so impressed it asked manufacturers to use some of its features. Six RFC squadrons and eight RNAS squadrons used the Nieuport 17.

Even though its lower wing could twist off in high speed dives, the Nieuport became the favourite of the leading allied air aces. The Canadian ace, W.A. “Billy” Bishop, was awarded the Victoria Cross while flying a Nieuport 17.

On loan to the Canadian War Museum

This Nieuport 17 was built by American amateur airplane-maker Carl R. Swanson in 1961, as a flying replica. A generous donor purchased the aircraft for the Museum in 1963. It was refinished to match the airplane in which the famous Canadian ace William Avery "Billy" Bishop earned the Victoria Cross.

Wing Commander Paul A. Hartman took the aircraft on its first flight in May 1967, at Rockcliffe airport. It was flown in several air shows across Canada, including a flight demonstration during the visit of HRH Prince Charles, Prince of Wales, in April 1975. Unfortunately, it crashed at the Abbotsford International Air Show in 1989. The Museum's skilled restoration team rebuilt the aircraft to its current state.