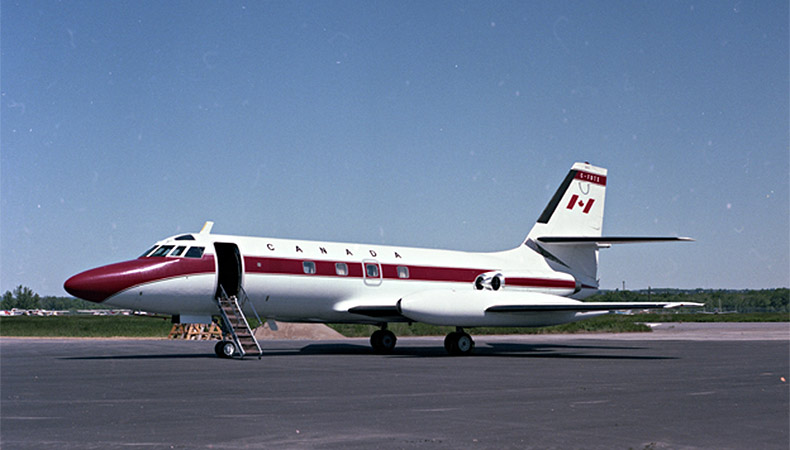 The Jetstar was initially designed to fulfil a US Air Force requirement. It was to be powered by two British Bristol Orpheus engines. Because of budget cuts, the USAF requirement was dropped, but Lockheed continued production as a business jet with four Pratt & Whitney jet engines. Lockheed built 204 Jetstars, and many were still in service in the 1990s. Eight Jetstars were operated in Canada. The Department of Transport operated three from 1962 to 1986 for airway inspection and personnel transport.

While the Jetstar was a very early business jet, it was not the first. That distinction belongs to France’s Morane-Saulnier MS.760, which first flew in 1952.

This Jetstar was manufactured by Lockheed Aircraft Corporation of Marietta, Georgia in 1961. It was purchased by the Canadian Department of Transport (DOT) and was delivered on January 17, 1962. The DOT, later known as Transport Canada, was one of the first civil organizations in the world to operate an executive jet. The Museum's Jetstar was the first one delivered to the department.

Between 1962 and 1986, Transport Canada used the Jetstar to carry Canadian prime ministers who served during this time, as well as many Canadian and foreign officials and dignitaries, both in Canada and abroad. When it was retired, Transport Canada donated the aircraft to the Museum. It was flown to Rockcliffe airport on June 9, 1986.