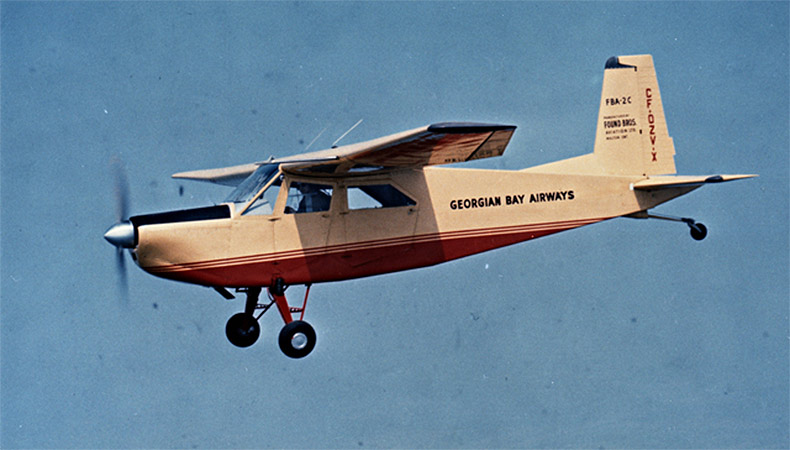 The Canadian-designed-and-built Found aircraft was developed to meet a projected demand for smaller-sized bush or utility aircraft. Two production versions were planned: the 2B with a tricycle undercarriage , and the 2C with a tail wheel. Found did not continue production of the 2B. Twenty-six 2Cs went into service with various uses and met with a mixed reception. In 1986, ten Founds were still listed in the Canadian Civil Aircraft Registry.

The Museum specimen is the aircraft used to complete final certification tests. The Found FBA-2C operated successfully on floats, wheels, and skis.

This FBA-2C was manufactured by Found Brothers Aviation Limited at Malton Airport, Toronto, Ontario in June 1963. It was the fourth FBA-2C constructed and was used to complete final certification tests for the type, receiving Department of Transport type approval in January 1964. The aircraft was also used by Found Brothers as a demonstration aircraft until 1969, when the company closed due to a lack of financial backing.

In 1969, the aircraft was purchased by Centennial College of Scarborough, Ontario, where it was used for eight years as a ground instruction airframe in the school’s Aircraft Maintenance Technician program.

Centennial College donated the Found FBA-2C to the Museum in April 1979.