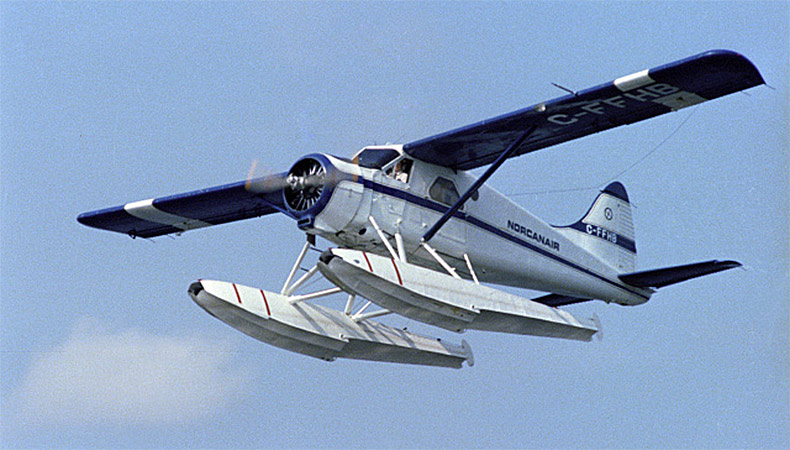 The Beaver was designed and built in response to the demands of Canadian bush operators. With its all-metal construction, high-lift wing, and flap configuration, the Beaver was a robust aircraft with excellent short take-off-and-landing capability even with heavy loads. In addition to its success in Canada, the Beaver found acceptance in as many as 60 other countries all over the world. Although not ordered by the RCAF, some 980 served with distinction in the US Army and US Air Force. About 1600 were made.

The Beaver was such a success that more were built than any other aircraft designed and manufactured in Canada. In 1951 it won both the US Air Force and US Army competitions for a utility aircraft. Many were used in Korea, where it was known as the “general’s jeep”.

Built in 1947, this aircraft is the prototype, or first, Beaver to be built. Used as a bush plane in Western Canada for thirty-two years, it was purchased by the Museum from Norcanair in 1980. Its registration number, CF-FHB, incorporates the initials of Frederick Howard Buller, one of the Beaver’s two designers. Buller was a naval architect turned aeronautical engineer and is a member of Canada’s Aviation Hall of Fame.

Remarkably, during its final flight, between Lac la Ronge and Rockcliffe airport, this aircraft crossed paths in Sault Ste. Marie with the second Beaver built, CF-OBS. Russ Bannock, who flew CF-FHB for a portion of its last flight, had also been its test pilot. The preservation of Canada’s first Beaver has been made possible by donations from the Molson Foundation and from de Havilland Canada.