A Spotlight on one of Britannia’s Innovators: A.C. Munro

By: Britannia Mine Museum The Britannia Mine was home to many innovative thinkers when it came to overcoming the challenges the Company faced over the years. Perhaps the most profound innovators at Britannia was A.C. Munro.

Munro co-developed the Britannia Deep Cell flotation system – a unique approach to the mineral separation process known as froth flotation which was uniquely adapted to the challenges presented by Britannia’s ore.

The deep cell system was performed in two stages. First, it separated, via flotation, pyrite and chalcopyrite from the waste rock. This mixed recovery was then ground finer and flotation was used to separate the chalcopyrite from the pyrite. Its unique approach was derived from how tightly bound together these two minerals were. It was a unique and innovative approach to a unique problem.

But there is far more to mineral separation than flotation alone. Munro also brought his creativity to bear on other aspects of the milling process. He developed an improved grinding circuit – the process by which the ore is broken down to a size small enough to allow flotation. One challenge Britannia faced with grinding the ore, however, was its toughness. Steel balls, which were used to grind the rock, wore down at a steady pace. Shipping in steel balls, however, was costly. The solution was to produce their own. Munro developed Britannia’s foundry for producing steel balls from old railway rails. Unlike the deep cell system though, reducing grinding media costs through the recycling of scrap metal was something that could be employed beyond Britannia, and was. He held or co-held the patents for all of these innovations.

Take a look at ‘The Innovators’ for a glimpse into some of the other innovative ideas developed at Britannia. 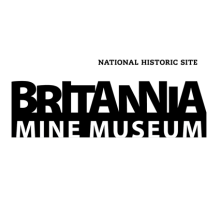