Oliver Phelps was born December 12, 1779 in Simsbury, Harford, Connecticut. He married Abigail St. John on January 16, 1800. In 1825 he and Abigail relocated to Merritton, Ontario and later in 1829 to St. Catharines, Ontario Canada.

The Red Mill Flour mill was opened in 1831 by W. H. Merritt and Mr. Phelps at the foot of Geneva Street. In ca.1895 a fire destroyed the mill.

On January 7, 1831, the first church was organized by 4 men and 7 women who met on the 2nd floor of the Red Mill until 1834 when a frame building on the present site (95 Church St.) was erected largely at the expense of Oliver Phelps and on land to which he had legal title. Oliver and his wife were original founding members of the church.

Oliver Phelps was said to be a most empathetic man, diligent in business and reverent in spirit. William Hamilton Merritt said: “Upper Canada was largely indebted to Oliver Phelps’s enterprise and labors”. 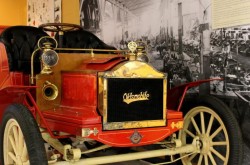 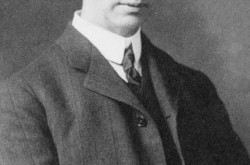 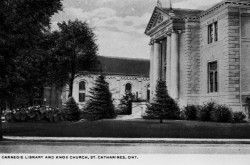 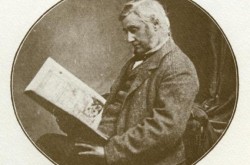 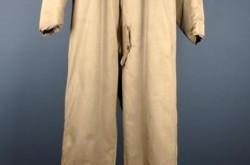 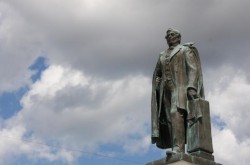