EMBRACING THE UNORTHODOX THROUGH INNOVATION THEMUSEUM OF IDEA TRANSCENDING OBJECTS – or just THEMUSEUM as most people call it- was born out of the ashes of the underachieving Waterloo Regional Children’s Museum.

David Marskell, a former marketing director at the Canadian National Exhibition and now THEMUSEUM’s CEO, was asked to step in and steer the ship through rough waters.

Marskell recognized that it was imperative to pivot from catering exclusively towards children and families to offering relevant programming for all background and experiences.

“We began to execute our strategic plan but knew that to change the brand we first had to change the product.” explained Marskell.

THEMUSEUM was officially rebranded in September 2010, with the launch of the now legendary “Titanic: The Artifact Exhibition.” The exhibition ran until January 2011, and was an audacious attempt at putting THEMUSEUM on a much larger map.

It worked, and Marskell saw attendance, group sales, and general revenues begin to double and then triple.

“As we rebranded, we used the Titanic exhibition to market 100 kilometers away and we saw a significant number of out-of-region visitors,” said Marskell. “We became a destination for tourists to see what we had to offer, and we still host more than 40 per cent of our annual visitors from outside the region.”

Unlike other galleries and museums, THEMUSEUM doesn’t have a permanent collection, allowing it to avoid being pigeonholed in one particular category. As a result, the entirety of THEMUSEUM’s events, exhibition, and shows can be current and relevant collections generated by a creative and innovative team.

“A lot of people ask us how we can feature a Yoko Ono exhibition on one floor and robotic dinosaurs on another,” said Marskell with pride. “We love these reactions.” Much of THEMUSEUM’s success stems from the tenacity, passion, and dedication exhibited by the staff and the local community.

“We’ve had to work hard to gain our credibility, and we’ve built a strong reputation in a relatively short time,” explained Marskell. “We’re trying to awe, inspire, and enlighten our community, and find cool things that people will come to see.”

Marskell suggested that THEMUSEUM’s ability to cater to a variety of audiences has contributed to the ability for notoriety as an advocate for unorthodox styles of thinking and unexpected intersections.

For example, when Marskell met with the curator of the Canada Council Art Bank- an organization that encourages and enables burgeoning Canadian artist by loading their artwork to offices, banks, and other businesses- he was hold that businesses had refused 100 pieces because they depicted nudity.

Marskell jumped at the opportunity to host the collection, and THEMUSEUM curated “Getting Naked,” an exhibition devoted to a dialogue and exploration of the human body. The show attracted thousands of visitors and national and international media. One associated event encouraged people to explore the exhibition – and their personal comfort level- in the nude. More than 100 people attended.

“People can come to THEMUSEUM and engage in different kinds of important dialogues- it’s pretty great and sets us apart,” said Marskell.

Looking ahead, Marskell is especially excited for two ventures that will launch in the fall. The first is The Underground Studio, a MakerSpace aimed at encouraging young students to work with their hands and to explore S.T.E.M. programming in a creative environment. The second is a collaboration with the University of Waterloo’s Institute for Quantum Computing, simply titled, “QUANTUM: The Exhibition.”

“This exhibition is our most recent coup-de-grace, as it will showcase this region’s innovation premiering at THEMUSEUM before traveling across Canada as part of INNOVATION150, Canada’s celebration of 150 years of Confederation,” concluded Marskell. 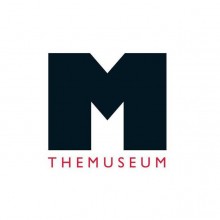 We are a new kind of museum – one of ideas and experiences.
No dusty objects, no collections, and no velvet ropes.
We are dedicated to presenting fresh, relevant cultural content from around the globe in unique and interactive ways that intersect art, science, & technology.
We are a premier cultural destination and a hub for creative thinking and inspired play for all stages of life.