For patients diagnosed with malignant brain tumours, surgery is often the recommended treatment option, but some tumors are too difficult or risky for surgeons to reach, rendering them inoperable.

The introduction of NeuroBlate gives neurosurgeons a new option for treating brain tumours. The NeuroBlate System uses a novel side-firing laser-probe that can be inserted into a small incision in the skull to heat and kill tumour cells. The minimally invasive procedure is conducted in an MRI machine, enabling surgeons to plan, steer and adjust treatment continuously as it is delivered. This increases precision in treating the cancer and avoids damaging surrounding healthy brain tissue. With this technique, patients are able to leave the hospital a day or two after surgery with a minimal amount of postprocedure pain.

Dr. Mark Torchia, an associate professor of surgery in the University of Manitoba’s Faculty of Medicine, conceived the idea for NeuroBlate in 1990 while working at Winnipeg’s St. Boniface Hospital. He brought Mr. Richard Tyc on board in 1999 to help to develop the technology application and turn the concept into a viable commercial product. Starting with a small research grant from the St. Boniface Research Centre, they focused on combining laser energy for thermal destruction of cells with thermal monitoring and guidance via Magnetic Resonance Imaging (MRI). The pair later founded Monteris Medical Inc. to manufacture and distribute the NeuroBlate System. It is now being used to treat patients in over 30 U.S. hospitals and has received Health Canada approval for use in Canadian hospitals.

Dr. Torchia and Mr. Tyc were the 2015 Manning Innovation Principal Award winners. The theme of the Manning Award’s 2015 Innovation Symposium, hosted by the University of Sasktachewan, was The Imagination to Innovate and the Stamina to Succeed. Dr. Torchia shared his innovation story with university students and the local innovation community, imparting early lessons learned from his grandmother and the long journey to success. 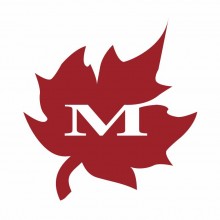