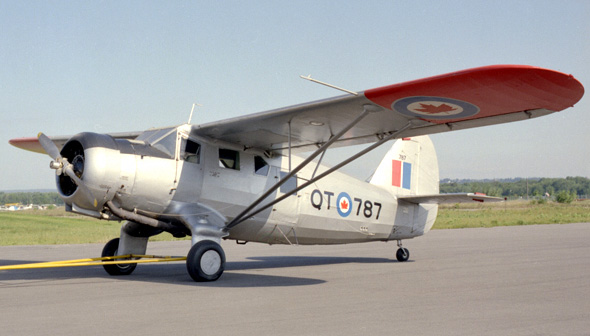 The Norseman I was designed to fit requirements identified by Canadian pilots and operators. Early Norseman aircraft were underpowered, but with a more powerful engine and a few modifications, the Mk.IV reached its full potential. Mk.IVs and VIs flew in the RCAF. The US Army Air Forces ordered VIs in quantity. The V produced after the war was the last civil version. When production ended in 1959, 904 Norsemans had been built. Some were still operating commercially in the early 1990s.

The Norseman was rugged and reliable with a large cargo area. The cargo door could accommodate a standard 45-gallon fuel drum, an essential item in all northern operations. It also had separate cockpit and fuselage doors so that the pilots could get in and out without disturbing passengers or cargo. The designation “Norseman V” was reserved by the company until the end of the war to represent the Winston Churchill’s "V for Victory" symbol.

Built in 1943, this Norseman VI was flown by No. 3 Wireless School in Montreal during the Second World War, and was used to train wireless operators. Between 1945 and 1950, it served as a communications, search-and-rescue, and transportation aircraft across Canada. In 1950, it served with No. 121 Communications and Rescue Flight, still bearing the RCAF markings from its last year of active service. The aircraft was transferred to the Museum in February 1964.