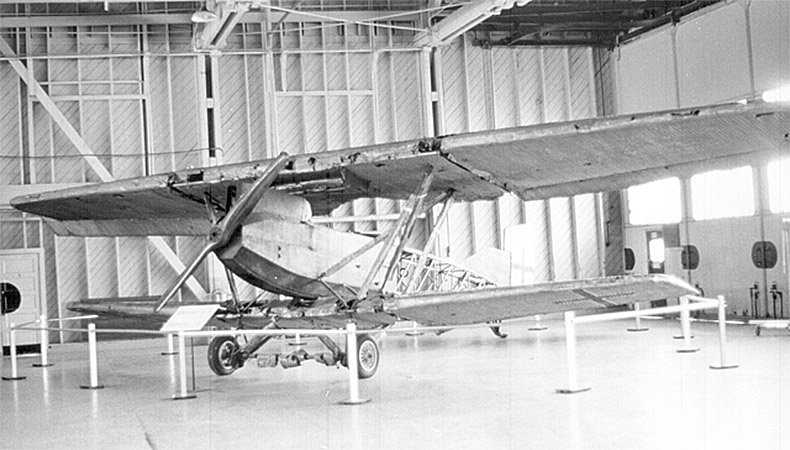 Developed for low-level, front-line observation, the Junkers J.I was the first all-metal aircraft to go into series production anywhere in the world. The completely armoured nose-capsule of 5-mm chrome-nickel sheet-steel enclosed the engine and crew compartment. Its weight, combined with the relatively heavy metal construction, resulted in a fairly slow aircraft but provided effective protection against ground-fire. Of 227 Junkers J.Is built, it is not known how many served with the German Air Force or the nature of their activity.

The Museum aircraft is the only surviving Junkers J.I. The strength of its metal structure eliminated the need for external bracing wires typical of other biplanes of the time. Although heavy, cumbersome, and slow to take off from rough ground, J.Is were immensely strong and well suited for low-level observation. Although downward-firing machine guns were planned, they were found too difficult to aim and were not used.

Transfer from the Canadian War Museum

Manufactured in 1918, this J.I was sent to Canada from Dieppe on the SS Venusia in May 1919, as a war trophy. The Museum believes that the aircraft's armament consisted of one flexible mounted gun for the observer, although some accounts mention that fixed forward-firing guns were also provided on the aircraft. This Junkers J.I was assembled and put on display to the public in Toronto at the Canadian National Exhibition in August 1919. In 1939, it was transferred from Camp Borden to the Aeronautical Museum. It was later moved to the Canadian War Museum's warehouse, and was transferred to this Museum in 1969. It is the only complete Junkers J.I that exists in the world.