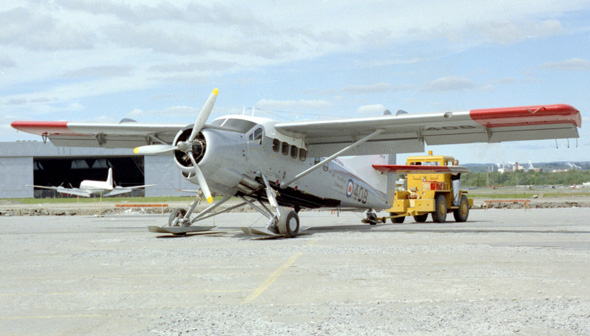 The Otter had good load-carrying ability, great reliability, and excellent short take-off-and-landing capabilities, all of which recommended it for both civil and military use. The US Army and US Navy used Otters and the RCAF operated 69, some of which served overseas on United Nations duties. Otters also served with nine other air forces, and civilian versions flew in 36 countries. About 450 were made.

The Otter was built in response to a need for an aircraft like the Beaver, but twice as large. Otters were too large and expensive for small operators, but found favour with larger organizations. Otters were used to develop the water-bombing techniques so common today.

This Otter was built in 1960 and purchased by the RCAF soon after. It served with reserve squadrons and two search-and-rescue units, one in Alberta and the other in Montreal, before the type was retired in 1982. It was transferred to the Museum in 1983, having been refinished in RCAF Air Transport Command markings.