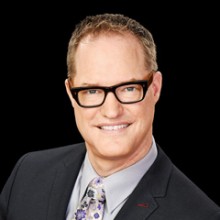 An historian with more than 25 years in the cultural field authoring exhibitions, programs, and publications, Chris came to Ingenium – Canada’s Museums of Science and Innovation from Library and Archives Canada, where he recently served as Chief of Staff to the Librarian and Archivist of Canada. He has also worked for the Department of Foreign Affairs Trade and Development, the Diefenbaker Canada Centre, and the former Canadian Museum of Civilization, where he was the curator responsible for both the Canada Hall and for Western Canadian History.

Originally from Saskatchewan, Chris lives in Aylmer, Quebec, with his wife and two sons.