The science of acoustics, or the science of sound, studies the physics behind the sounds we hear every day. Scientists focus on how sounds are made, how they are transmitted, what forces affect their movement, and how the human ear detects and translates them to our brains.

Sound is made by a vibration, or wave of molecules, caused by the motion of an object. This requires a medium, or a material, to pass through. Usually, this medium is air. When the object moves, the molecules of the medium also move around it very slightly, causing the air particles to bump into each other. This creates areas where there are many molecules pushed close together (compressions), and areas where molecules are spread far apart (rarefactions). These are sound waves that radiate out from the source in circles. The speed depends on the medium; more dense materials can better transmit sound. When sound waves hit a solid object, they can bounce back as an echo. 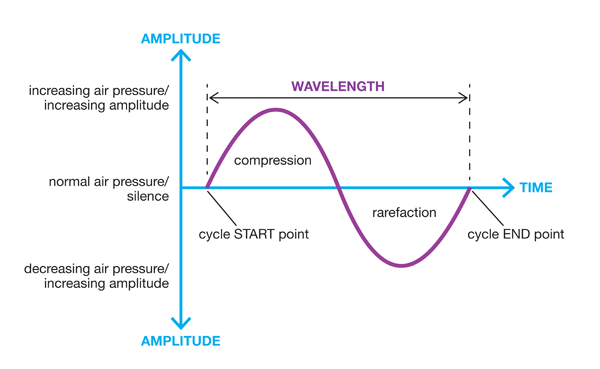 Sound waves vibrate at different rates, or frequencies, as they move through the medium.

When a wave is created, the distance between one compression and the next compression is called the wavelength. The faster the sound waves pass a given point, the shorter the wavelength and the higher the frequency. Higher-frequency sounds make a higher-pitched noise. That’s why the big, slow-vibrating low E string on a guitar makes a lower sound than the thin, fast-vibrating high E string.

The vibrations can also squeeze the air molecules together, hard or gently. This squeezing is called the amplitude. The more we push an object to make it vibrate, the greater the amplitude and the louder the sound. That’s why plucking harder on a guitar string makes a louder sound.

Like any other form of energy, sound can change from one form to another. This is the basis of inventions like the telephone – which converts sound energy into electric energy, then back into sound energy once more.

Acoustics are heard in the annoying buzz of your morning alarm, in your conversations, in the chirping of birds outside, and even in the moments you may think of as utterly silent. Without the scientists and engineers who have studied the physics behind sound, we would in a much different world – one without telephones, concert halls, or many medical imaging techniques. What would a world like that look like? More importantly, how would a world like that sound?

Originally of Scottish descent, Alexander Graham Bell moved to Brantford, Ontario as a young adult. Throughout his life, he developed an intimate understanding of how sound and human hearing work. As a result, he developed the telephone – a revolutionary device that fundamentally changed the way we communicate forever. The first call was made in 1876 in Boston. 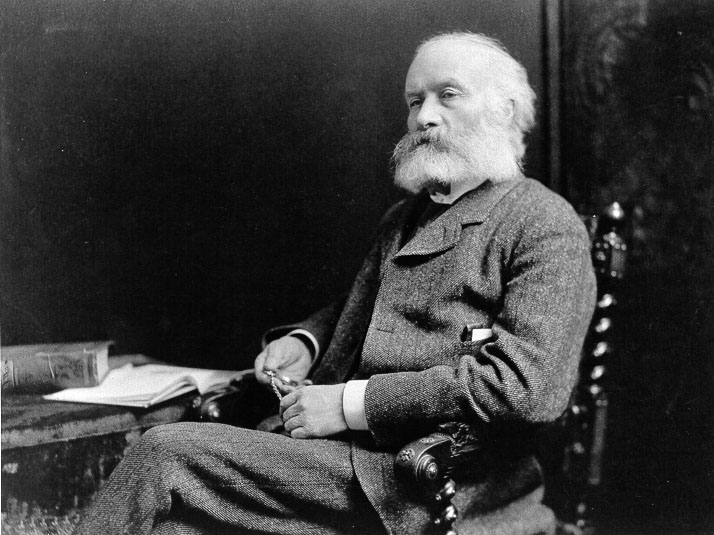 Visit the website for the Canadian Association of the Deaf to learn about initiatives to improve accessibility for those with hearing loss.