At its simplest, stargazing is exactly what it sounds like: taking the time to look at what’s above you in the night sky. However, there’s literally a universe to discover out there! It’s not just stars to see, either. With the naked eye, you can see planets, comets, and even our Milky Way galaxy. Using instruments such as binoculars or telescopes, you can delve even further and discover what lies beyond the limitations of the human eye. The study of space and everything in it is called astronomy.

When stargazing, there are some interesting things to look out for. First, did you know that all stars are given a name? We also recognize constellations – pictures formed by connecting stars in the sky – which are fun and easy to find. While Western culture officially recognizes 88 Greek constellations, did you know that many cultures throughout history have detailed their own constellations? For example, the Ojibwe Native Peoples developed their own complex set, with formations such as the Maang (Loon), the Ojiig (Fisher) and the Ajijaak (Crane).

You might be interested in the brightness or the colours of stars. Yes, stars are different colours! The reason most appear white is because they are too far to see otherwise; however, stars such as Vega and Betelgeuse are coloured even to the naked eye.

Brightness depends on two factors: intrinsic brightness and distance. Some are naturally bright, and some are closer than others – making them brighter in our sky! This can be measured by the star’s magnitude. A star of first magnitude has the highest brightness, like our brightest star, Sirius.

Stargazing can be done without the use of any tools – all you need is a spot outside of city lights, your eyes, and some patience. However, there are a few tools that can enhance your stargazing experience, such as star charts, telescopes, and software.

The simplest tool is the star chart. Humans are pattern-recognizing animals, so over the years we have categorized random groups of stars into shapes, or constellations. By locating a few clear landmarks, star charts can help us find other constellations, stars, and even planets.

Optical telescopes are used to make objects in the night sky more visible. These work by collecting light in an area called the objective. In a refracting telescope, this is a convex lens. After, the light is passed through another convex lens called the eyepiece. Reflecting telescopes, on the other hand, have a mirror for an objective. There are other types of telescopes too, like the radio telescope – which uses radio waves to detect objects in space.

Lastly, easily-accessible software has been developed to help star gazers explore the sky. Star Chart, for example, is a phone and tablet-friendly app that works just like your regular paper star chart – but with an augmented reality twist. Hold the camera up to the sky, and labels and information will be superimposed on what you see above. It’s like having your own personal tour guide of the universe!

If you were lost and alone – without a cell phone, map, or even a compass – would you know which way to go? For thousands of years, early migrating humans used nothing but the night sky to navigate our planet. Without their unfaltering patterns and the guidance of the North Star (Polaris), civilizations would not have been able to spread and migrate the way they did.

Stargazing was also the precursor to modern space exploration. Insatiable curiosities about the stars led to the telescope in the early 17th century. Now, massive telescopes like the Canada-France-Hawaii telescope on Maunakea give us a deep look at the stars above. To date, humankind has sent satellites into orbit, a spacecraft 18.2 billion kilometers from the sun, and people to the surface of the moon. Ironically, the GPS technologies that we rely on today originated from looking to the stars centuries ago.

In 1925, a young American prospective chemist, Helen Sawyer Hogg, witnessed something that changed the course of her life forever: a total eclipse of the sun. From that point, she was drawn to gazing at the stars for the rest of her life. After moving to British Columbia with her husband – who worked at the Dominion Astrophysical Observatory – she spent time as a volunteer at the Observatory observing globular clusters. Despite being in a male-dominated field, she rose through the ranks and became a full Professor, receiving many awards. She authored an astronomy column in the Toronto Star for 30 years, and wrote a popular astronomy novel to show that The Stars Belong to Everyone, no matter what. 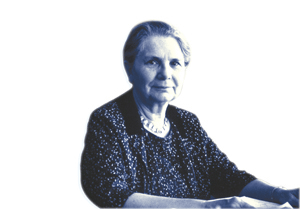 Discover the astronomical contributions of the Canada-France-Hawaii Telescope on their website.

Check out space exploration in Canada with the Canadian Space Agency.