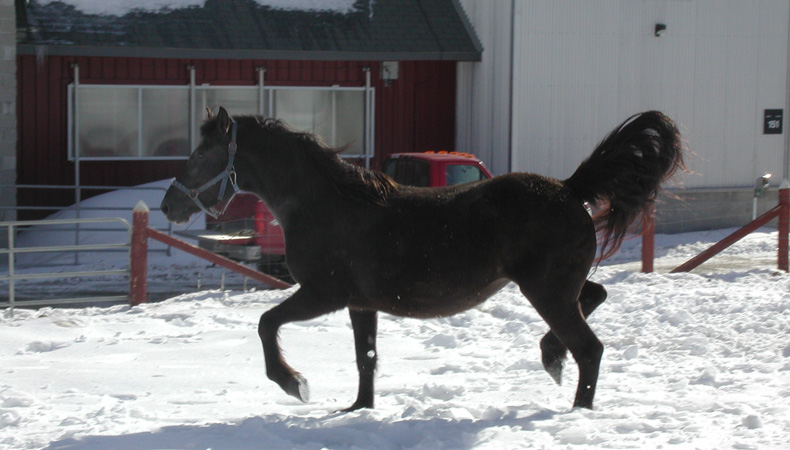 In 1665, the King of France sent horses from his own stables to the people of his North American colony. This was the introduction of the Canadian horse into Canada. During the following century, the breed increased in number. It became an invaluable ally to the settlers in their efforts to survive and prosper in their new home. The harsh conditions of North America made the Canadian smaller in size than its ancestors.

The Canadian horse distinguishes itself as a breed with great strength, endurance, resilience, intelligence, and good temper. These qualities, combined with its size, explain why the breed has the nickname “The Little Iron Horse.” 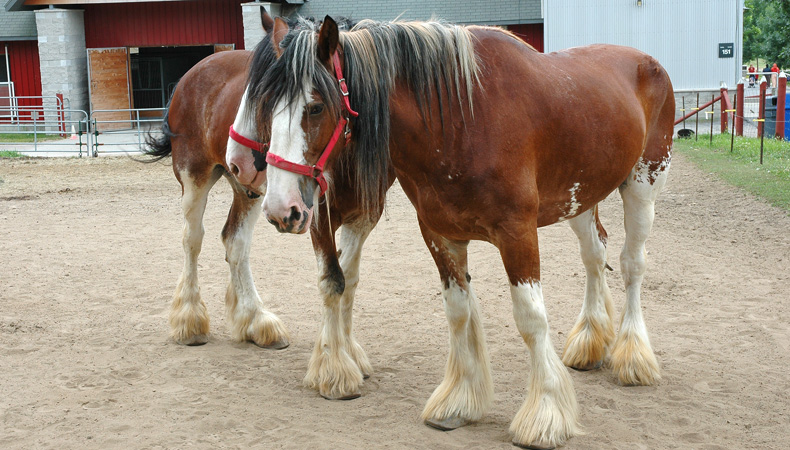 This breed was developed in Lanarkshire, Scotland. Lanarkshire was formerly called Clydesdale, hence the horse’s name. Clydesdales were bred to meet both agricultural and commercial needs: working on farms as well as hauling coal. This horse was successfully exported around the world, becoming virtually the only breed of draught horse in Scotland and New Zealand.

Clydesdales are active, intelligent, and calm. They lift each foot high off the ground as they step. This allows them to pull harder and with more leverage than other horses.