Ready to spread your wings this summer? The Canada Aviation and Space Museum invites you and your family to join us for virtual learning and creative activities around the theme, Wings over Water.

Did you know Canada holds 20 percent of the world’s fresh water? With three immense ocean coasts, it’s no wonder Canadians are considered resourceful innovators in finding ways to get to where they want to go!

From the ingenuity of the Indigenous kayak and canoe to robotics and satellites looking down from space — monitoring our vast waters, ice flows, floods, melting permafrost, and more — Canadians are world experts in their fields.

Canadian pilots are a talented and diverse group. Some of them deliver much-needed supplies or lead medevac rescues in remote regions, under harsh conditions. Others fly from aircraft carriers over foreign, international waters, taking part in military assignments. Canadians are truly awesome!

Through a series of downloadable paper models linked to our collection, we invite you to share some of Canada’s proud achievements when flying over water! Choose from the following sections:

A view from space

To best understand the immensity of our planet’s water, try looking through the eyes of an astronaut! View the Earth’s water masses from the International Space Station (ISS).

Canadian astronauts who have recently travelled to the ISS have shared beautiful images using social media. This has sparked a new generation of people interested in space technologies.

Through persistent, forward-thinking innovations, the RADARSAT-1 and RADARSAT-2 projects — which later evolved into the RADARSAT Constellation Mission (RCM) — were created to keep a keen eye on Earth from space.

RADARSAT-1 was launched in November 1995, and RADARSAT-2 was launched in December 2007. These two projects provided Canada and the world with an operational radar satellite system, capable of the timely delivery of large amounts of data based on scans of the surface of the Earth. No longer impeded by waves, smoke, haze, fog, or cloud cover, these systems could accurately measure day or night changes in ocean waves, ice, and winds — all necessary for shipping routes. Routine surveillance provided information to update maps, and offered much-needed information to plan or quickly locate and respond to emergencies and disasters.

While RADARSAT-2 is still operational, an alternative and a successor was needed to respond to rapidly evolving needs. Fuelled by big data analytics and the growing use of artificial intelligence, among other things, the RCM is the next step for the RADARSAT Program, ensuring continuous data availability to users.

The RADARSAT Constellation Mission: In service to Canadians

The RADARSAT Constellation Mission (RCM) builds on Canada’s expertise and leadership in Earth observation from space. The three-satellite configuration passes over Canada’s vast landscape, including the Arctic, up to four times per day. Launched in 2019, key applications include maritime surveillance, ecosystem monitoring, and disaster management.

Before Canadians visited space, they flew over oceans far from conventional airfields. Did you know Canada operated five aircraft carriers? The largest aircraft carrier was called the HMCS Bonaventure.

Landing on a moving runway out of the middle of the agitated ocean is not for the faint of heart, but it enabled Canadian missions in international waters.

In 2020, the Royal Canadian Navy (RCN) is celebrating its one-hundred and tenth anniversary! To commemorate this milestone, the museum is featuring printable paper models of naval aircraft from our collection. Learn about each aircraft and collect them all!

Browse a photo gallery of aircraft carriers from the Canadian Navy Archives.

The Colossus-class aircraft carrier HMCS Warrior (R31) while in service with the Royal Canadian Navy, 1946-48. Grumman Avenger AS.3 aircraft on the flight deck of the Canadian aircraft carrier HMCS Magnificent (CVL 21), circa 1953. Royal Canadian Navy sailors playing hockey on the flight deck of the aircraft carrier HMCS Magnificent (CVL 21). Parked in the background are Supermarine Seafires and a single Fairey Firefly. Circa 1946 Four McDonnell F2H-3 Banshees of the Royal Canadian Navy in flight over the aircraft carrier HMCS Bonaventure (CVL 22), in the late 1950s. A Royal Canadian Navy McDonnell F2H-3 Banshee is positioned on the steam catapult of the aircraft carrier HMCS Bonaventure (CVL 22). Circa 1957 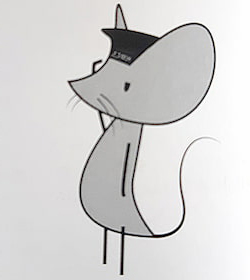 Be creative…try staging a scene on the deck of the Bonaventure aircraft carrier! Take a photograph, share it, and tag @avspacemuseum on social media.

With so much water, Canada was made for bush flying! Communities in remote locations rely on bush planes for supplies and medical emergency evacuations.

Bush pilots are very resourceful. In the absence of runways, pilots are capable of switching landing gear to suit the terrain, whether it’s on snow, water, grass, or gravel.

A famous bush pilot — who has more than 36,000 hours of flight experience — lives in Nunavik, QC. Inuk pilot Johnny May has now retired from his Christmas Day candy drops for the people in his home town of Kuujjuaq.

To cool you off during the summer heat, check out this video clip of one of the snowy drops!

Cool off this summer by learning about some of the bush planes in the museum’s collection. 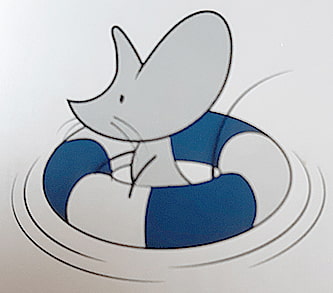 Print and assemble the following aircraft:

Why not try recreating a landing in your pool, or in a water basin? Or, if it gets too hot this summer, feel free to improvise with homemade skis instead (try using wooden tongue depressors as landing gear)! Create a cool background to go with your creation…then take a picture and tag the Canada Aviation and Space Museum on social media!

Below is a printable colouring page featuring various aircraft, along with a special challenge: Can you identify the only aircraft in the drawing that is not in the museum’s collection?

Once you find it, colour it yellow with red accents!