November offers a special time to reflect, remember, and appreciate those who have served Canada — past and present — in times of war and times of peace. The act of remembrance and sharing with loved ones links our history with the present, as well as the future.

For those who wish to visit their favourite period aircraft, the Canada Aviation and Space Museum will be open from 10 a.m. to 4 p.m. on November 11, with advanced ticketing and COVID-19 safety protocols in place.

For those commemorating our veterans virtually, the museum offers up a special collection of online resources, A Time to Remember. Through poetry, music, and photography, we can enrich our understanding of what veterans and history keepers of our nation have left us.

A Time to Remember includes:

Throughout our nation’s history, poetry has given Canadians an outlet to convey strong, emotional feelings of passion, strength, and sorrow. In honour of our fallen, we share these two touching poems.

The Missing Airman — By Nelson Moses Nelson Moses was overcome with grief when he wrote his poem, The Missing Airman.

Losing a loved one to war is a life-changing event for the entire family and its collective. On April 1, 1918, the community of the Delaware band — from the Six Nations of the Grand River Territory, near Brantford, Ontario — lost a 26-year-old son. The community’s former teacher, Lieutenant James Moses, was a forward artillery observer with 57 Squadron, with the Royal Air Force. He and his pilot were shot down in France, and a letter was sent to his family.

The Moses family had sent three sons to serve in the Great War. Struck with grief and profound loss of his son James, Nelson Moses wrote and published the English verses in the newspaper.

O, sometimes yet I feel lonely
For him who went away overseas;
Time’s healing wing, and time only,
Can soothe the empty heart with ease.

That parting hour was hard to bear,
When we shook hands and said good-bye.
Hope alone breathed over our prayer,
While tears rose up and dimmed each eye.

But our Mother, in sore distress,
Was heard from o’er the restless wave.
Her sons falter’d not in her stress,
It was victory, or the grave.

Jim sleeps, with many comrades brave,
Sleep on; your battle is done.
No lonely cross will mark the grave,
Where rests the Empire’s warrior son.

Luunape version of The Missing Airman

With the help of the Luunape language speakers from the community of the Munsee-Delaware reserve near London, ON, the poem was recently translated — reuniting the author’s work with his Indigenous language over a century later.

The museum wishes to express its immense gratitude to Ian McCallum and Karen Mosko who were involved in the translation, along with James Moses’s descendant — Indigenous historian John Moses — for his crucial guidance in accomplishing this endeavour.

Listen to a recording of the Luunape version of The Missing Airman, read by Karen Mosko. 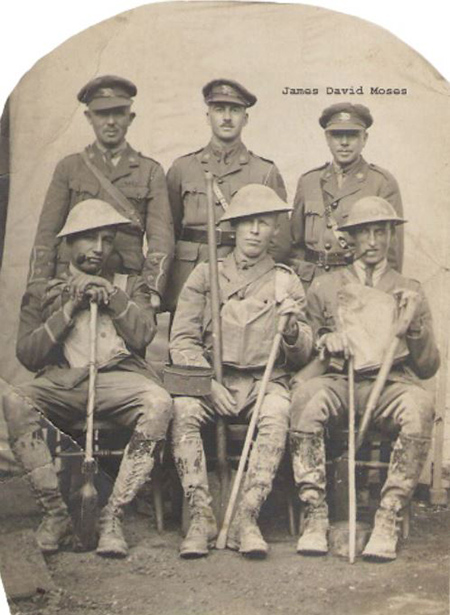 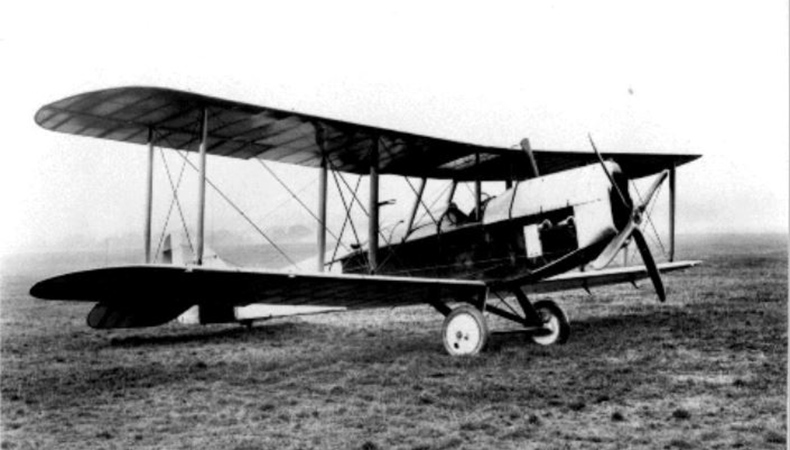 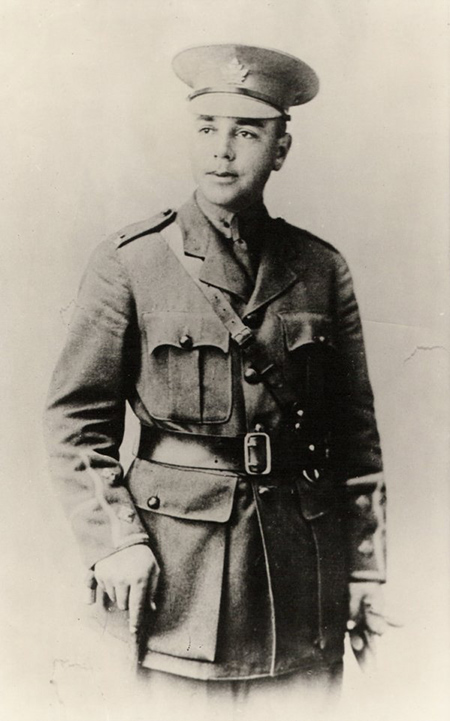 At age 19, pilot officer John Gillespie Magee Jr. was a Spitfire pilot serving in the Royal Canadian Air Force, and the author of High Flight.

Born to a British mother and an American father, John Gillespie Magee Jr. desperately wanted to join the war effort. As the U.S. was still not at war, the young man turned down a Yale University scholarship to come to Canada and join the Royal Canadian Air Force (RCAF), where he trained in the British Commonwealth Air Training Program. Passionate about flight, the young Spitfire pilot penned a poem that celebrates the act of flight, all the while transcending earthly boundaries. On December 11, 1941, at the age of 19, he died in a flight accident in England.

Oh! I have slipped the surly bonds of earth
And danced the skies on laughter-silvered wings;
Sunward I've climbed, and joined the tumbling mirth
Of sun-split clouds - done a hundred things
You have not dreamed of - wheeled and soared and swung
High in the sunlit silence. Hov'ring there
I've chased the shouting wind along, and flung
My eager craft through footless halls of air.
Up, up the long, delirious, burning blue
I've topped the wind-swept heights with easy grace
Where never lark, nor even eagle flew -
And, while with silent lifting mind I've trod
The high untrespassed sanctity of space
Put out my hand and touched the face of God. A Supermarine Spitfire aircraft soars in the sky.

The Supermarine Spitfire was John Gillespie Magee’s favourite fighter aircraft. Click the button below for instructions on assembling your own paper version.

BUILD YOUR OWN AIRCRAFT (PDF)

In times of great adversity, nations collaborated and organized to defend democracy. Photographers documented some of the most pivotal moments in Canadian military history during the Second World War. See images from Veterans Affairs Canada, which capture D-Day and the Battle of Normandy. Members of the Royal Canadian Air Force, Women's Division, at work in an operations room in eastern Canada.

From the Ingenium archival collection vault, the extensive CN Images of Canada Collection offers a different insight into the wartime efforts, and documents a nation at war on the home front, airfields, and in the sky.

Enjoy a short “fly-past” by watching a video of selected images compiled from the CN Canada Images Collection. After training at the Rockcliffe airport in Ottawa, Ontario during the Second World War, Jack Ford was a photographer for the RCAF No. 414 Fighter Reconnaissance Squadron. Ford was sent overseas right after the D-Day invasion of June 6, 1944. He and his fellow squadron photographers followed the Allied troops from air base to airbase, capturing moments in daily life in the face of danger, horror, and great change.

To see just a few of the amazing photographs he and his fellow photographers took from France to Holland, watch a short video tribute to Jack Ford.

A portion of the Jack Ford Collection is on permanent display at the Canadian Forces College in Toronto.

You can find portions of Ford’s testimonials in the museum’s docu-series, The Legacy Series. Ford is featured in: