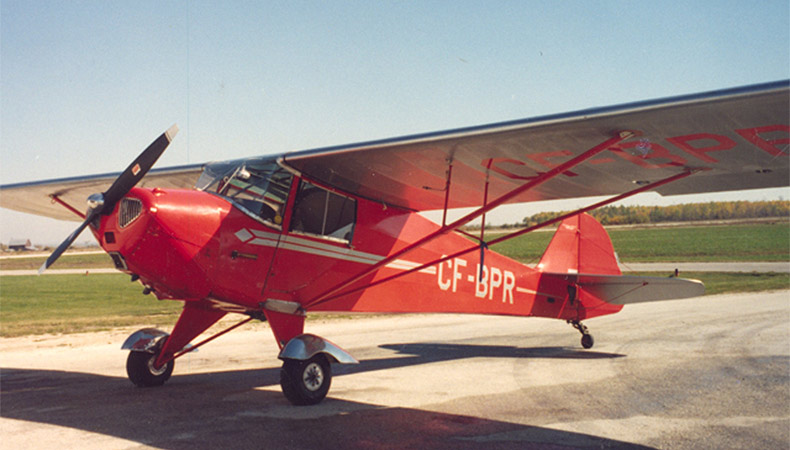 Charles G. Taylor was an aircraft builder who was instrumental in establishing the light aircraft industry in the United States during the 1930s. He built simple, safe and inexpensive high-wing monoplanes that were a departure from the standard open-cockpit biplanes then available to private pilots.

Taylor believed that a properly designed aircraft with side by side seating could perform as well as a narrow tandem-seated design. A series of Taylorcraft models followed, including the Model BC-65 that utilized the new Continental 65-hp engine.

This aircraft was built in 1939 and imported the same year by one of Canada's most famous general aviation companies, the Toronto-based Leavens Brothers Air Services. The company was formed in 1927 by three barnstorming brothers from Belleville, Ontario who travelled across Canada offering rides to more than 60,000 passengers over the course of ten years. Then, working out of Barker Airport, Toronto, the company offered flying lessons, sales and aircraft repairs. This aircraft may have been used in the flying school. In 1947, it was sold to a private owner and it then passed through the hands of twelve other owners before it was bought by Harry Drover of Collingwood, Ontario in the 1990s. Drover restored and flew the aircraft until 1999, when he donated it to the Museum.