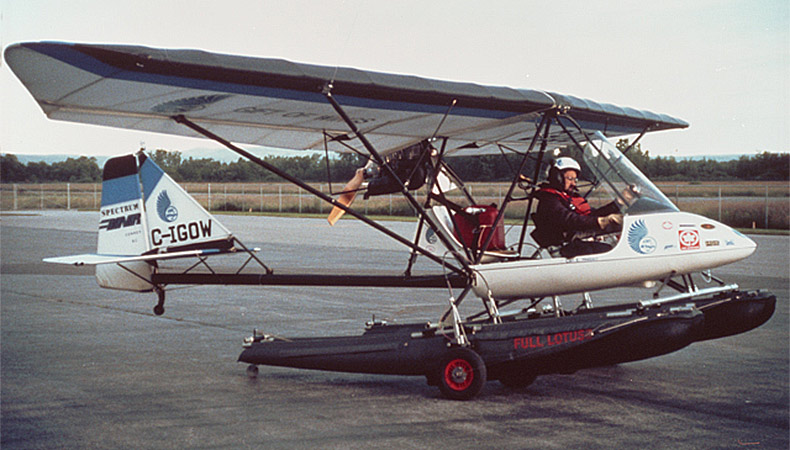 The Spectrum Beaver is a Canadian ultralight which can be mounted on floats.

In 1986 the Museum example was flown from Halifax to Vancouver by a paraplegic pilot, Carl Hiebert, to promote support for paraplegics.

This Beaver RX550 was manufactured by Spectrum Aircraft Inc. of Surrey, British Columbia, in 1986. In July and August of that year, paraplegic pilot Carl Hiebert flew the aircraft from Halifax, Nova Scotia, to Vancouver, British Columbia, landing at Expo '86. Hiebert raised $100,000 for the Canadian Paraplegic Association through this journey, which was called "Gift of Wings". The following year, the Beaver was donated to the Museum by Invacare Canada Ltd./Hovis Medical Limited in 1987. It was shipped to the Museum by truck from Vancouver in September 1987.

Hiebert started his own flight school as the first Canadian paraplegic flying instructor.

Photos from Hiebert's historic flight can be found in his book Gift of Wings: An Aerial Celebration of Canada, published in 1995.