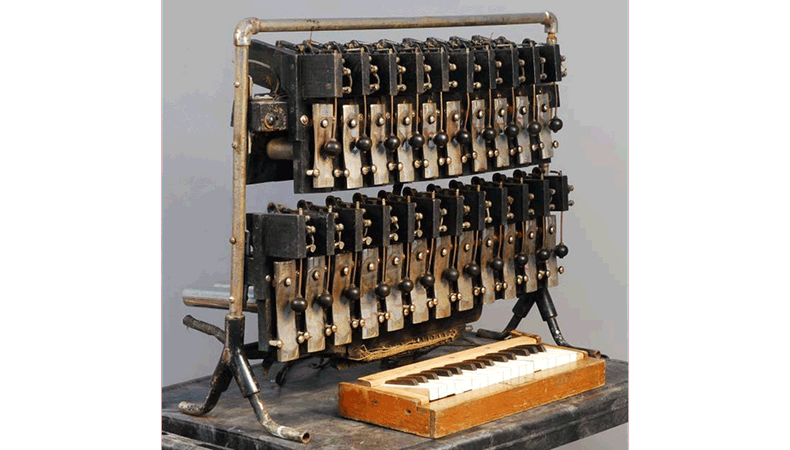 A local Ottawa historian donated the Deagan Una-Fon to the Museum in 1989.

Manufactured between about 1915 and 1925, the Una-Fon is the oldest electronic instrument in the Museum’s music collection. It features a two-and-a-half octave keyboard. Pressing a key activates an electromagnet that causes a corresponding beater to strike a metal bar, producing a musical note. Behind each bar is a metal resonator tube that amplifies the vibrations. The Una-Fon produces a loud and clear tone, and was typically used to provide music for parades, fairs, and similar public events.

J. C. Deagan Inc. was an instrument maker in Chicago, Illinois. The company crafted a wide variety of fine percussion instruments, including organ chimes, marimbas, orchestra bells, and xylophones. According to the donor, the Una-Fon was used by a band that played at the Château Laurier Hotel in Ottawa.