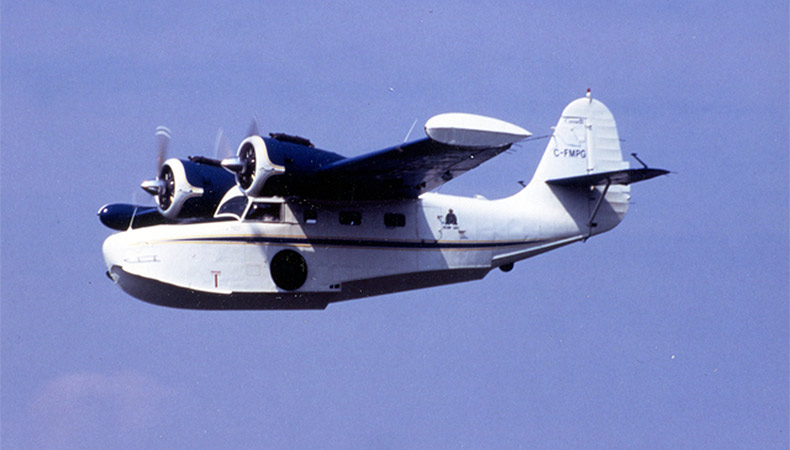 The Goose was the first twin-engined Grumman design expressly designed for the civilian market. It flew for the first time in 1937 and remained in production until 1945.

It established an outstanding record for its ability to operate commercially from land and water bases, and was used throughout the world by civilian and military operators. It has given extensive service in Canada, particularly to the coastal areas of British Columbia.

This Goose was manufactured by Grumman Aircraft Engineering Corporation in 1944, as part of a U.S. Navy contract. It was acquired by the RCAF that same year and used for light transport duties. It was transferred to the Royal Canadian Mounted Police (RCMP) in 1946, and from then on was used throughout Canada in missing person and missing or wanted boat and vehicle searches, as well as for medical transfers and transportation. Its registration, CF-MPG, apparently stands for Mounted Police Goose. When it was retired in 1994, the Goose had been in continuous public service longer than any other Canadian civil aircraft.