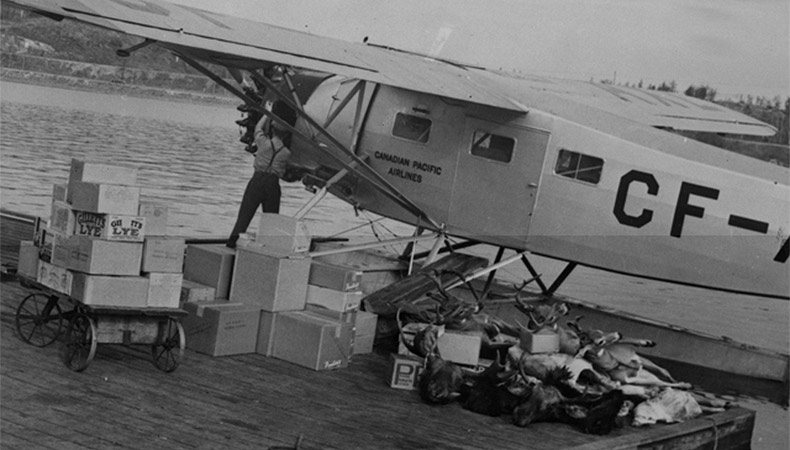 The Fairchild 82A was a Canadian-designed successor to the FC-2W-2 and 71 models. It won immediate acceptance by Canadian bush operators who appreciated its good load-lifting capabilities for freight. The 82A proved to be one of the north’s most reliable bush aircraft. The type was made in Canada and seven were exported to Mexico and South America. Only 24 were built once construction was phased out to make room to produce the Bristol Bolingbroke.

For bush use, some operators preferred the Fairchild 82A to the more famous Noorduyn Norseman. The last 82A in service disappeared on a flight in the Northwest Territories on June 9, 1964.

This aircraft was manufactured in 1936 by Fairchild Aircraft Limited. Sold to Starratt Airways and Transportation Limited of Hudson, Ontario in 1937, it served with the company until 1942, when it was purchased by Canadian Pacific Airlines (CPA). It flew with this airline until 1947. Ownership passed through several companies before the aircraft was sold to the CPA again in 1965. The airline presented it to the Museum in May 1967. It is one of only two Fairchild 82s existing worldwide; the other is held by the Museo Nacional de Aeronáutica in Argentina.