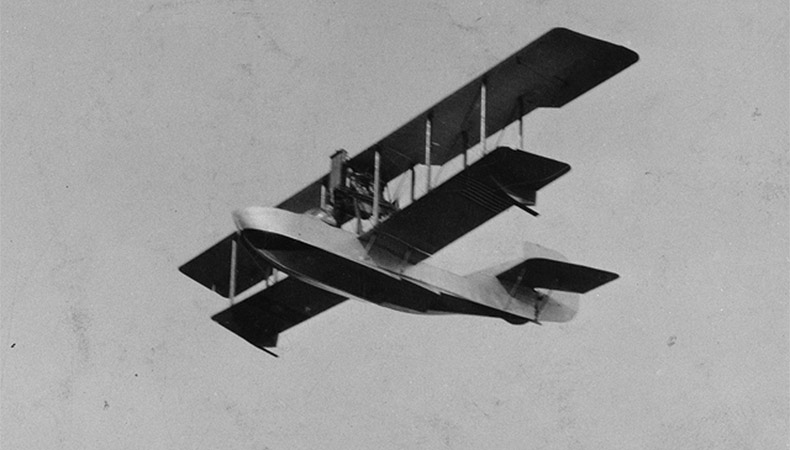 The Curtiss Seagull appeared shortly after the end of First World War. Although it was probably the best small flying boat of the period, not many were sold. The Seagull had to compete with the low-priced, war-surplus Curtiss MF flying boats from which it had been developed. Though both somewhat small for the job, both the Seagull and the Curtis MF were flown in some Canadian bush operations.

With its wooden hull, pusher engine, and fabric-covered wings, the Seagull was typical of the flying boats of the period. The hull was constructed of mahogany plywood veneer over a wood frame and could accommodate three people.

The Museum's Seagull was manufactured in 1920 by Curtiss Aeroplane and Motor Company. Between 1924 and 1925, it was used to conduct an aerial survey of [the Parima River headwaters in Brazil's Amazon region. It was donated to the Science Museum in London, U.K. and was damaged in a bombing raid in 1941. Initially on loan to the Museum, it became part of the collection in 1968 when it was exchanged for a Douglas Dakota nose section. The Seagull was restored by the Museum's conservation team between 1970 and 1974.