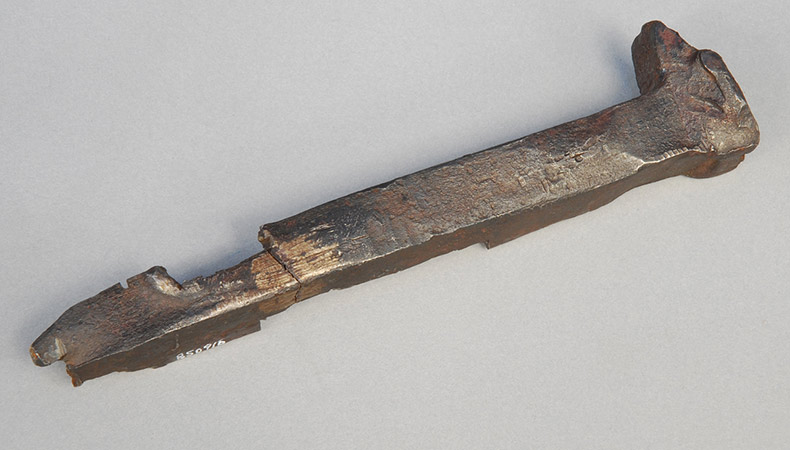 This spike was probably cast at a foundry somewhere in eastern Canada. It was one of around 30 million spikes put down by some 30,000 workmen during the building of almost 3,000 miles (4,800 kilometres) of railway between Montreal and Port Moody, British Columbia. Spikes were needed to secure the rails to the ties to keep the rails in gauge. Spikes are still used today, although workers now drive them in with an automated device.

Since CPR President George Stephen was in England at the time, the honour of driving the last spike fell to his cousin and stalwart supporter, Donald A. Smith. Unskilled in such heavy work, Smith bent the spike on his first attempt. Workers provided a second spike, which he managed to hammer in. He pocketed the bent spike as a souvenir and over, the years, had small discs cut out of it to make commemorative miniatures. The successful last spike was sent to CPR headquarters in Montreal but disappeared from the president’s office sometime in the 1940s, never to be seen again. As a result, Smith’s souvenir, a rather sad-looking piece of iron, became a national icon.